Lost within Your beauty 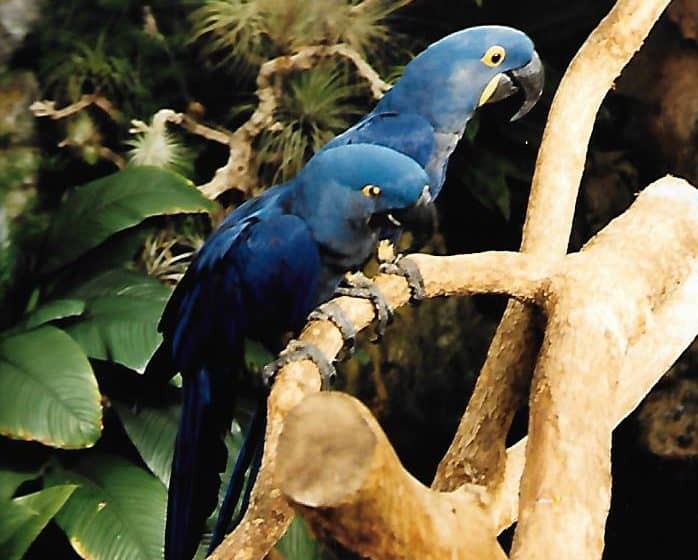 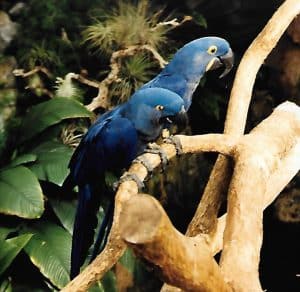 “. . . you have put off the old self with its practices and have put on the new self, which is being renewed in knowledge after the image of its creator.”- Colossians 3:9-10

“You are never too old to set another goal or to dream another dream.”- C. S. Lewis

Opened in 1925, the Crystal Garden in Victoria, British Columbia, was modeled after other ‘glass palaces’ of that era.  A multi-purpose amusement center where all levels of society mingled, the Crystal Garden offered the largest salt water swimming pool in the British Empire, an art gallery, two full ballrooms, and a restaurant among its amenities.  By 1971, however, the Crystal Garden closed, the last remnant of a bygone age.  Nine years later it reopened, transformed into a conservation center and tropical garden that was home to numerous species of birds, including these striking hyacinth macaws, the largest parrots in the world.  In 2009, the Crystal Garden was repurposed as an extension of the Victoria Conference Centre.

The Crystal Garden has embraced revisioning and revitalization multiple times throughout its ninety-year existence- growth essential to maintaining its viability.  “The possibility of transformation,” John Ortberg writes, “is the essence of hope.”  To our limited vision, it appears that nothing can grow in the desert landscape of our vocation loss.  Author Jeff Manion counters that viewpoint by stating that desert soil has the greatest potential for producing life-altering faith.  The Land Between is the ideal climate for spiritual growth.

Our vocation is not the foundation of our identity.  C. S. Lewis states that we truly become ourselves when we let God take us over.  It is only when we give ourselves us to God that we begin to have a real personality of our own.  This is achieved not through a static existence, but through spiritual growth.  John Ortberg observes that all living creatures require change, adaptation, and challenge.  Spiritual growth is not a part of life.  Rather, every moment of life is an opportunity to learn from our Lord- to be lost within Your beauty: