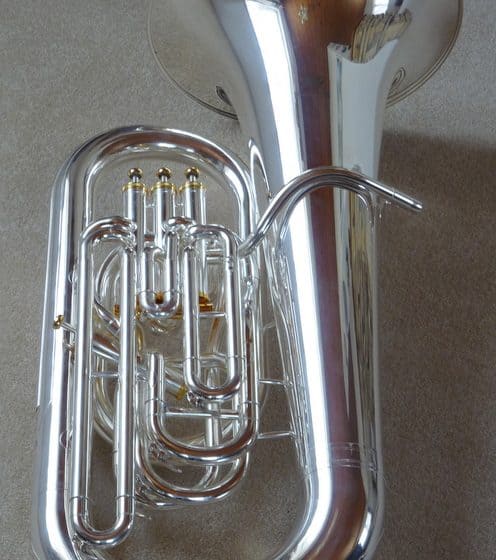 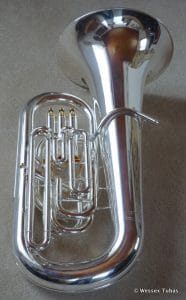 “He has given me a new song to sing, a hymn of praise to our God.  Many will see what he has done and be amazed.  They will put their trust in the Lord.”- Psalm 40:3 (NLT)

“God is never a God of discouragement.  When you have a discouraging spirit or train of thought in your mind, you can be sure it is not from God.”- John Ortberg

My seventh-grade teacher at Timothy Lutheran School in Chicago was Mr. Werner von Behren, who also ministered as Timothy’s organist and choir director.  One morning, quite unexpectedly, Mr. von Behren called me to his desk.  Knowing my piano-playing skills from school talent shows, he popped the question: “David, the school band needs a tuba player.  Are you interested?”  I eagerly accepted and was introduced to Mr. Richard Daugherty, the band director and expert “teach a seventh-grader how to tie a Windsor knot” instructor.  The anaconda-like sousaphone he brought in could’ve swallowed me whole!  Eventually he found a dented, E-flat tuba with a tarnished brass finish- case not included.  I dubbed it my “Civil War relic”.  After grade school I took a twenty-two year sabbatical, until I joined Divine Shepherd’s (Milwaukee) brass band.  The director opened the case to reveal a gleaming, silver tuba!

Playing the tuba created a Lifesong that led to many joyful experiences, like being in the kid’s band in Luther South’s production of “The Music Man” as an eighth-grader.  Yet this pales in comparison to God’s joy.  John Ortberg (The Life You’ve Always Wanted) writes that God’s basic character is joy.  He is the happiest being in the universe- and since we are made in His image, we are to reflect that “fierce joy” in our life.

Satan, however, desires that we live in sorrow and despondency, a state he’ll live in for all eternity.  Misery loves company.  We cannot buy into the deception that our joy is dependent on your circumstances.  We must take responsibility for our joyfulness, exulting in monotony:

” . . . perhaps God is strong enough to exult in monotony. . . . It may not be automatic necessity that makes all daisies alike, it may be that God makes every daisy separately, but has never got tired of making them.”- G. K. Chesterton (Orthodoxy)

May we sign Jesus’ name to the end of each day, knowing that we’ve been faithful to Him, trusting in His promises and provision.  Let my Lifesong sing to you!