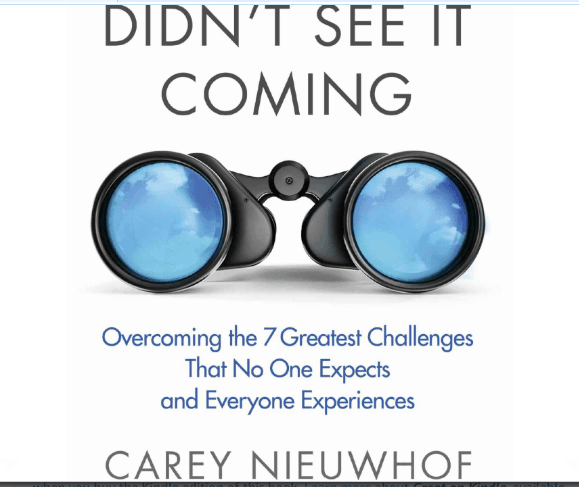 “Character determines so much more than you think.  Ultimately, it not only dictates your capacity in work and in life. but is also becomes your legacy.  Your competency leaves the first impression, but your character leaves the lasting impression.”-Carey Nieuwhof

In Chapter 3 (“Successful On the Outside”) of Didn’t See It Coming, Carey Nieuwhof explains why character determines your true capacity.  First, Pastor Nieuwhof observes that, at some point, every person feels one specific tension.  Carey identifies that tension as “the potential disconnect between who you are and who you know you should be.”

As a result, Carey explains, far too many people wind up compromised.  Thus, who we’ve become no longer lines up with who we’d hoped to be.  And usually, this happens quite subtly.  Most of the time we don’t even know it’s going on.  Pastor Nieuwhof explains:

“The subtle compromises we make day after day– the half-truths, the rationalizations, the excuses– created a gap between who we are and who we want to be. . . .  And if you got dead honest with yourself, you’d say that although you haven’t sold your soul to the devil, you’ve rented it.  A thousand little compromises have left you . . . compromised.”

Yet, competency doesn’t function as the lid for capacity, especially when one defines capacity as your ability to contribute to life and to make a difference.  Rather, your character places the lid on your capacity.  The greatest competency in the world fails to compensate for a lack of character.

In conclusion, Carey states, some leaders have expressed the desire that the people that know them the best love them the most.  Sadly, the author states, often the opposite rings true.  It’s possible that those who know you the least greatly admire you. However, people who know you best end up struggling with you the most.

Today’s question: Where do you weigh in on the character versus competency spectrum? Please share.