Irrelevance – no connection to surrounding culture 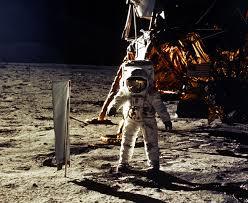 “Irrelevance happens when the language, methods, or styles you use no longer connect to the culture and people around you.  Essentially, you end up speaking a language people no longer understand or appreciate.”- Carey Nieuwhof

In Chapter 7 (“Change Never Asks Permission”) of Didn’t See It Coming, Carey Nieuwhof talks about the silent creep of irrelevance.  It becomes costly, Carey states, when it permeates what you do, how you communicate, and whom you influence.  Therefore, Pastor Nieuwhof lists four characteristics of irrelevant people.  Irrelevant people:

Furthermore, Carey defines irrelevance as the gap between how quickly you change and how quickly everything around you changes.  So, Carey quips, if you stop changing, you’re’ on the fast track to irrelevance.  However, the author stresses, he’s not talking about soul-level change.  For the goal isn’t to change culture.  Rather, the goal is to understand culture so you’re able to speak into it.

In addition, Pastor Nieuwhof observes, research show that, unchecked, most people live in the decade that shaped many of their tastes, knowledge, and experiences.  Because the past contains a nostalgia that the future cannot possess.

Finally, Carey asks you to think of all the staggering changes that have taken place in your lifetime.  And no one showed you the courtesy to ask if that change was OK.  Hence, that’s exactly what creates irrelevant people.  The good news – there’s a way to beat it.  The author covers that in Chapter 8.

Today’s question: How has the church taken an irrelevant stance toward your job loss?  Please share.