A Christian without prayer = alive without breathing 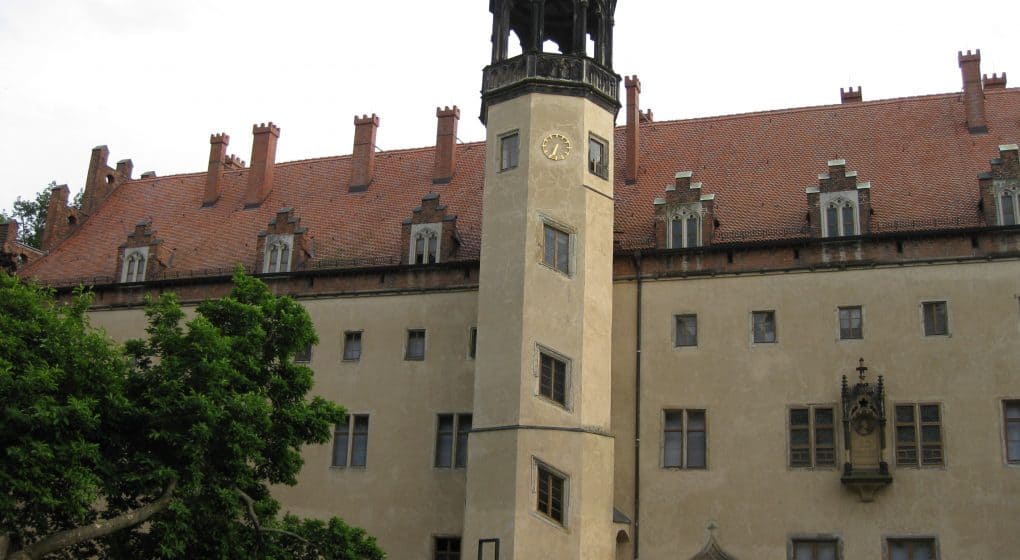 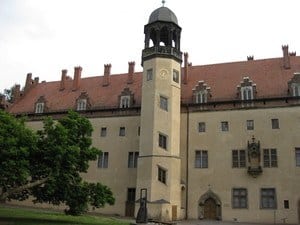 The Lutherhaus in Wittenberg, Germany. Katie Luther’s statue stands near the tower. Those seeking a happy marriage touch her wedding ring.

“To be a Christian without prayer is no more possible than to be alive without breathing.”- Martin Luther

“The LORD is close to all who call on him, to all who all who call upon him in truth.  He grants the desires of those who fear him; he hears their cries for help and rescues them.”- Psalm 145:18-19 (NLT)

When Martin Luther returned to Erfurt from his 1510 trip to Rome, he found himself in a quandary. His brothers at the Erfurt monastery steadfastly maintained their opposition to the authority of Johann von Staupitz.  However, Luther honored his vow of obedience to  Staupitz, vicar-general of the Augustinian order.  Hence, Luther refused to participate in the Erfurt rebellion.

As a result, Staupitz transferred Luther, along with his friend and fellow Staupitz supporter Johannes Lang, to Wittenberg.  In 1513, the town of Wittenberg consisted of a mere 384 homes.  Compared to Erfurt, Luther biographer Eric Metaxas notes, Wittenberg was a pathetic, hickish backwater.  So, Luther’s dissenting monk brothers reasoned, if Luther and Lang loved Staupitz so much, now they could be near him full time.  And, when Luther received his doctorate, those miffed monks tried to have his degree revoked!

Shunned by his fellow monks, Luther resolutely decided not to conduct himself like a Christian without a prayer.  Writing in Outlive Your Life: You Were Made to Make a Difference (2010), Max Lucado shares that the early church in Jerusalem left us a strategy to use when the problem’s bigger than we are.  Quite simply, we pray.  For example, when King Herod imprisoned Peter prior to his trial, the church faced their Goliath with earnest prayer.  Furthermore, as Pastor Lucado explains such prayers move God’s heart:

“Our passionate prayers move the heart of God. . . .  Prayer does not change God’s nature; who he is will never be altered.  Prayer does, however, impact the flow of history.  God had wired his world for power, but he calls on us to flip the switch.”

Yet, even the early Christians struggled to believe that God heard their prayers.  For when Peter came knocking on the prayer circle’s door, they hesitated.  And when the servant answered, she raced back to the prayers circle, leaving Peter standing outside.  The New Living Translation reports their response: “You’re out of your mind!” they said.  When she insisted, they decided, “It must be his angel (Acts 12:14,15).”

Also, Max counsels, Satan seeks to interrupt  our prayers.  Because he know precisely what happens when we pray.  In fact, the walls of hell shake when a believer faithfully confesses the greatness of God.  In addition, as in  Jesus’ ministry, powerful things happen when we immerse our words and work in prayer.  So, Max exhorts, to avoid living as a Christian without prayer:

Finally, Luther offers these closing words on the power of prayer:

“No one can believe how powerful prayer is and what it can effect, except those who have learned it by experience.  Whenever I have prayed earnestly, I have been heard and have obtained more than I prayed for.  God sometimes delays, but He always comes.”