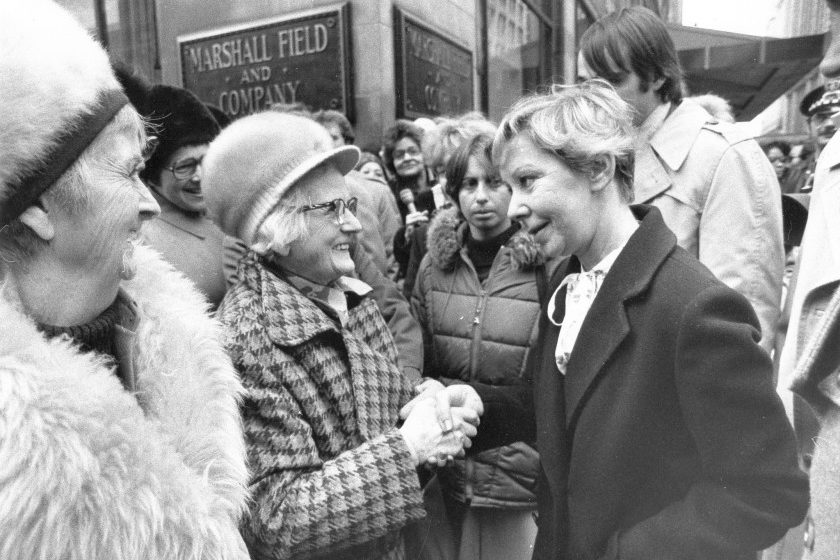 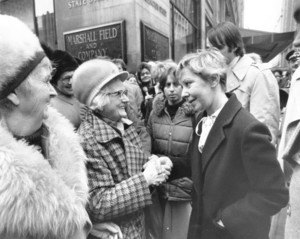 “And he (God) did rescue us from mortal danger, and he will rescue us again.  We have placed our confidence in him, and he will continue to deliver us.”- 2 Corinthians 1:10 (NLT)

The Chicago Blizzard of 1979 commenced late on January 12th.  Although the weather forecast called for only two to four inches of snow, almost two feet accumulated by the time the storm ended late on January 14th.  And, that snow piled up on top of the six inches of snow still on the ground from New Year’s Eve.  As a result, streets remained unplowed for months after the storm stopped.  Overdue L trains routinely skipped stops.  Also, garbage piles turned into monuments.

Yet, Michael Bilandic, the Democratic Machine’s anointed successor to the late Mayor Richard J. Daley, smugly and confidently labeled the city’s response as terrific.  Enter Jane Byrne.  With virtually no organization and very little money, Jane took on the entrenched Machine and its power brokers.  To everyone’s surprise, Jane rode her promise to plow the streets to victory.  Noted Chicago Daily News columnist and acerbic observer of Chicago politics expressed his pride in each voter:

“What made it one of the great days in Chicago history was that at long last you stood up and said to all the power blocs: ‘Hey, we decide, not you.  Us.  Me.  Just like they teach it in the civics books.’ . . .  Thanks to you, and you, . . today I feel prouder to be a Chicagoan than I ever have in my life.”

In 589 BC, the Babylonians laid siege to Jerusalem.  Three years later, they broke through the walls.  Consequently, they plundered the Temple and razed the city.  Furthermore, the Babylonians took members of the creative and upper classes as prisoners of war.  Therefore, their refugee status begged the question: How should we then live?

As Mark Batterson stresses in his latest book, Double Blessing, there’s only one viable option: conscientiously create.  Because, Pastor Batterson notes, only this option facilitates an outpouring of blessing on the world around us.  In other words, as we create, we start lighting candles rather than cursing the darkness.

However, it’s appealing to play the short game and resist the long game.  During Israel’s captivity, a false prophet named Hananiah delivered fake news.  Built on a throne of lies, he declared God would break Babylon’s yoke in two years.  Sure sounded much better than Jeremiah’s prediction of seventy years!  But, if you go all in for the short haul, Mark quips, you don’t even unpack your suitcase.  On the other hand, if you commit to the long haul, it changes your mindset.

“Play the long game by doing things that will make a difference seventy years from now.  God’s promise through Jeremiah — ‘I know the plans I have for you’ — is more than a pep talk or a poster.  He is wallpapering their hearts and minds.  He is widening the aperture on their outlook.  What God wants to accomplish through your life is longer than your life span!  Again, we think right here, right now.  But God is thinking nations and generations.”

Thus, as you start lighting candles and quit cursing the darkness, you pass on the secret of the double blessing.  You get blessing by giving it!