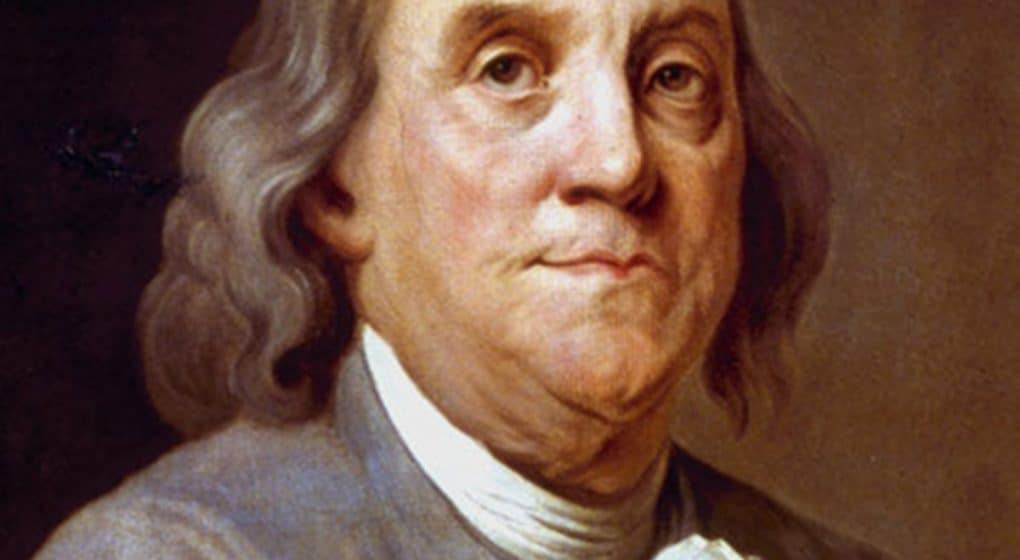 “Optimists . . . [focus] on future-tense reward, believing that the best is yet to come.  Optimists live openhanded because they are openhearted.  The optimists’ mantra is Jonathan’s mindset: ‘Perhaps the lord will act on our behalf.’  It’s a ‘go big or go home’ approach to life that trust God right down to the jot and tittle.”- Mark Batterson

In Chapter 16 (“Playing the Long Game”) of Double Blessing, Mark Batterson tells a story about Benjamin Franklin.  In 1785, a French mathematician penned a parody that mocked Franklin’s American optimism.  His story told of a ‘Fortunate Richard’ who left a small amount of money in his will.  But, the money could only be used after collecting interest for five hundred years.

Yet, Franklin refused to lose his temper.  Instead, he wrote a letter to the Frenchman, thanking him for an excellent idea.  As a result, Franklin bequeathed 1000 pounds to both his hometown of Boston and his adopted city of Philadelphia.  Two hundred years later, the original 2000 pound investment mushroomed to more than $5 million.

Consequently, optimism gives birth to generosity.  Furthermore, it reflects an abundance of hope and faith.  In contrast, generally pessimists:

Moses, in contrast, played the long game.  An eternal optimist with a double-blessing mindset.  Hence, Moses focused on heavenly treasure rather than earthly pleasure.  As French philosopher Blaise Pascal once said:

“Our imagination so magnifies the present, because we are continually thinking about it, and so reduces eternity, because we do not think about it, that we turn eternity into nothing and nothing into eternity.”