Voice of reason and right – drowned out 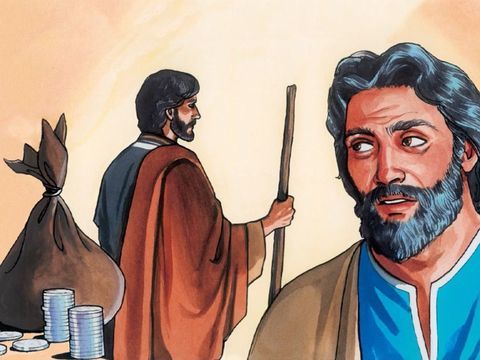 “Ultimately, selfishness drowns out both their (betrayer’s) love for others and the voice of reason and right.  I think every betrayal, in its own way, is an allegiance to something other than love, other than the person they are hurting. . . .  It’s a crisis of character.”- Phil Waldrep

As Phil Waldrep continues Chapter 3 of Beyond Betrayal, he observes that a key issue with betrayers centers on a broken identity.  Hence, betrayers believe they can fix that problem as they fulfill what they want.  Certainly, that’s more important than staying faithful to the betrayed person.

Above all, most of the time betrayers start with making small trade-offs.  So small they escape notice.  For example, Judas began the road to betrayal when he started taking money from the common purse – when no one else was looking.  Thus, Phil explains how this steamrolls:

“Slowly those betrayals grow bolder and less ambiguous.  With each act their consciences grew quieter, until they were seared and silenced. . . .  The person doesn’t expect to get caught, but each little trade-off inches them closer to the day they will.  Each small betrayal demands they justify their actions to themselves over and over again until they have no clue how ridiculous their excuses sound.”

Of course, to betrayers, their excuses sound perfectly logical.  However, you know that if you walked in their shoes, you wouldn’t have betrayed them.  And that, Phil underscores, represents the contrast between a betrayer and those he/she betrays.  It’s a completely different mind-set to value relationships above desires.  That’s what makes betrayal so inconceivable.

But, before the major betrayal occurs, in retrospect you see how the betrayer sowed the seeds of that betrayal for years.  Alone, the deceiver secretively determined to fulfill their own desires or meet their own needs.  Over and over again.

Yet, don’t blame yourself.   Because you gave your betrayer grace – and never caught on to their scheme.

Today’s question: What Bible verses keep you from drowning out the voice of reason and right?  Please share.

Coming Monday: the June Short Meditation, “The immanence of God – closer than close”