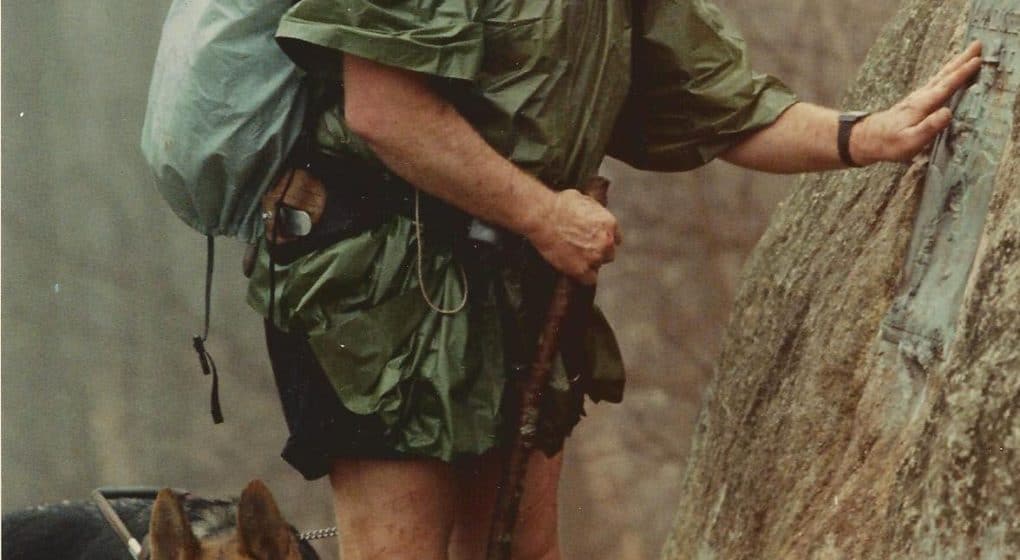 “Contingent faith is the faith of sidewalk chalk; it’s beautiful when the sun shines, but it washes away when the rain falls.”- Max Lucado

“As he traveled through Galilee, [Jesus] came to Cana, where he had turned water into wine.  There was a government official in nearby Capernaum whose son was very sick.  When he heard that Jesus had come from Judea to Galilee, he went and begged Jesus to come to Capernaum to heal his son, who was about to die.  Jesus asked, ‘Will you never believe in me unless  you see miraculous signs and wonders?’ “- John 4:46-48 (NLT)

In Chapter 3 (“The Long Walk Between Offered and Answered Prayer”) of Never Alone, Max Lucado tells the story of Bill Irwin.  In 1990, when Bill was fifty years old, he set out to walk the Appalachian Trail.  Above all, Irwin was the first blind person to walk the 2,100 mile long trail.  With only his German shepherd Orient as his guide.

A recovering alcoholic and committed Christian, Bill made 2 Corinthians 5:7 his mantra — for we walk by faith, not by sight.  Also, Irwin estimated that he fell around five thousand times.  In addition, he battled hypothermia as well as cracked ribs.

Certainly, we do the same in the trials of life.  We walk the path between offered prayer and answered prayer.  A road, Max notes, that grows dark with doubts.  Where despair tags along as an uninvited companion.  The government official made a straightforward, urgent request to Jesus.  Rank, title, money – they all meant nothing.  The father begged Jesus to come to Capernaum.

Today’s question: Do you evidence contingent faith in your prayer requests?  Please share.