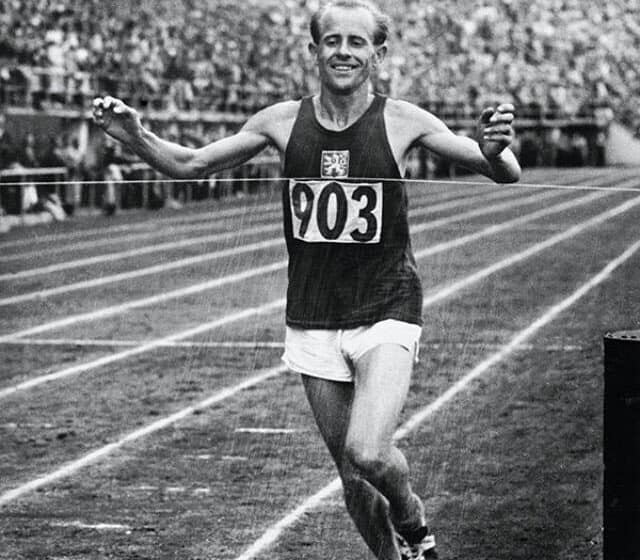 “Few things will stretch your faith like coming up with your own life goal list. . . .  Goalsetting is storytelling.  It’s writing the last chapter first, then working your way backward!  Your story will be only as good as the goals you go after.”- Mark Batterson

As Mark Batterson continues Chapter 1 of Win the Day, he counsels that you don’t flip the script when you pull fairy tales out of thin air.  Instead, flipping the script starts when you set a God-sized goal that stretches your faith.  Then you pursue that goal one day at a time.

For example, the day Pastor Batterson started training for the Chicago Marathon, he picked up a biography about Emil Zatopek.  In fact, Running World once crowned Emil the ‘greatest runner of all time.’  At the 1952 Summer Olympics in Helsinki, Zatopek won three gold medals.  He won his third gold when he decided to compete in his very first marathon.  So, when Mark trained, Emil ‘ran’ with him every step of the way.

Hence, Mark applies this marked moment to your pursuit of a God-sized goal.  Mark writes:

“If you choose to go after a God-sized goal, you’d better buckle up.  Especially if it doesn’t fit within your natural gifting.  It’s like tilting a treadmill to a steep incline.  You’ll have to work a little longer, a little harder, and a little smarter than everyone else.  It will be harder than you hoped and take longer than you imagined.  So be it.  If you keep walking in the right direction, you’ll get where you’re going sooner or later. . . .  winning the day starts with redefining who you are, and more importantly, whose you are.”

Today’s question:  How do you see that goalsetting is storytelling?  Please share.

Tomorrow’s blog: “Scripture is more than our script”