Getting it right eventually = winning the day 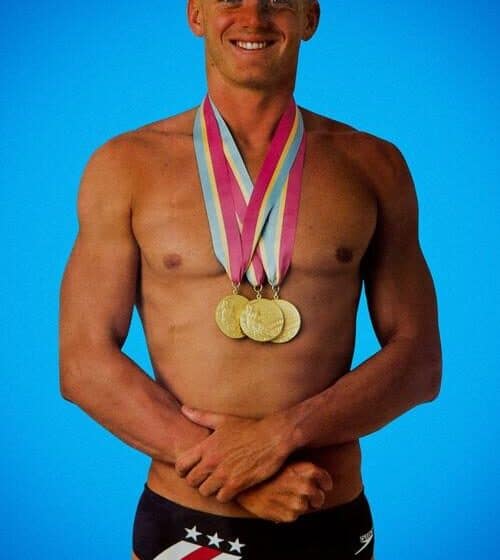 Rowdy Gaines got a late start at competitive swimming, taking up the sport at the age of seventeen.  But, he developed a grueling work ethic to make up for lost time.  During his storied career, Gaines calculated that, adding up all his laps, he swam twenty-thousand miles.  All for an Olympic race lasting forty-nine seconds!  All told, Rowdy won three gold medals at the 1984 Olympics.  Overall, he set eleven world records.

Therefore, persistence pays off – sooner or later.  However, you must do more than try harder.  You also need to try different, try smarter.  Above all, Mark notes, success may mean failing more than others.  Because, Mark adds:

“Your system is perfectly designed for the results you’re getting.  If you don’t like something, take response-ability for it.  Then do something about it. . . .  What if the Israelites had quit circling Jericho on day six?  They would’ve missed out on the miracle by one day!  You’ve got to keep circling.  If you keep doing the natural, super will happen sooner or later.”

Finally, Mark states, we tend to overestimate what we can accomplish in a year or two.  Yet, we underestimate what God can do in ten or twenty years.  In the end, it all comes back to eating the frog.

Today’s question: What Bible verses develop your persistence for getting it right eventually?  Please share.