The persevering commitment God makes to us 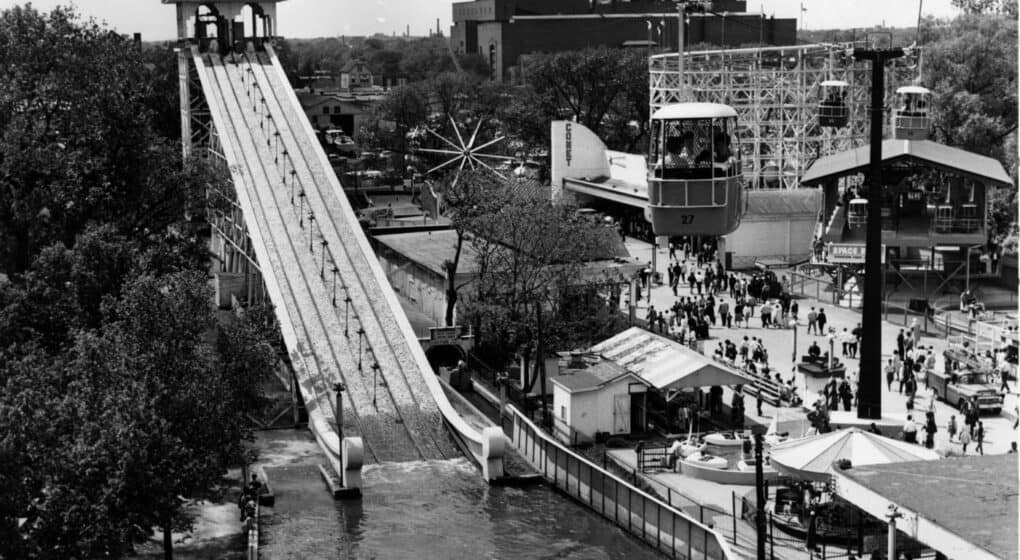 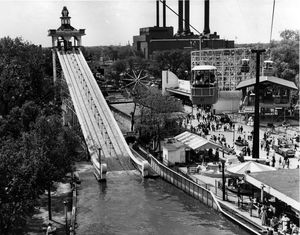 “The central reality for Christians is the personal, unalterable, persevering commitment God makes to us.  Perseverance is not the result of our determination, it is the result of God’s faithfulness.  We survive in the way of faith not because we have extraordinary stamina but because God is righteous, because God sticks with us.”- Eugene Peterson, A Long Obedience in the Same Direction

“Let us hold fast to the confession of our hope without wavering, for he who promised is faithful.”- Hebrews 10:23 (ESV)

Chicago’s premier amusement venue, Riverview Park, opened July 2, 1904 as the German Sharpshooter Park.  It was located at the intersection of Belmont and Western Avenues.  Men shot at targets on an island in the North Branch of the Chicago River.  Deer roamed the woods.  However, the wives and children complained about the lack of activities for them.  As a result, the genesis of Riverview centered on a spectacular, five-row carousel with seventy horses.  Handcrafted  by Swiss and Italian woodcarvers.

Today this sole remaining and beautifully restored ride resides at Six Flags Over Georgia.  Although Riverview gained fame for its roller coasters,  Shoot the Chutes stretched my limits.  Two elevators raised boats to the top for the plunge into the water below.  A short obedience in the same direction!  Once billed as the world’s greatest and largest amusement park, Riverview took up 74 acres.  In contrast, Six Flags Great America (Gurnee, IL) covers 304 acres.

Writing in Win the Day, Mark Batterson underscores his belief in a long obedience in the same direction.  To illustrate, Mark shares a Eugene Peterson story.  One day, as Eugene sat on the deck of his Montana lake home, he observed a belted kingfisher try thirty-seven times before it caught a fish.  Then Eugene asked a pointed question: How many times have you tried?

That question provides a gently reminder that we give up too quickly, too easily.  Because our quick-fix culture overlooks and underappreciates a special type of power.  Staying power.  Just like the persevering commitment God makes to us, with staying power we refuse to quit, no matter what.

Yet, Mark counsels, it’s hard to discern God’s timing.  And, he adds, it’s even harder to trust His timing.  But, Pastor Batterson exhorts us to know this: God is counting.  For God counts our tears, random acts of kindness, and steps of faith.  Above all, God even counts the hairs on our head.  As the apostle Paul writes in Galatians 6:9 (ESV): “And let us not grow weary of doing good, for in due season we will reap if we do not give up.”

Unlike my childhood best friend Cliff Podewell, I eschewed Riverview rides like the Pair-O-Chutes, with its 180-foot vertical drop.   Or The Bobs roller coaster, once the most feared and fastest coaster in America.  Instead, I opted for the more tranquil train and Shoot the Chutes.  Consistently slow and steady.  Most significantly, in God’s economy little things = big things.

Therefore, Mark encourages, steward every moment of every day.  Recognize each day as a miracle.  Also, remember that you only care about an audience of One.  And the applause of Jesus’ nail scarred hands cheers you on.  In Colossians 3:23 (NIV) Paul wrote: “Whatever you do, work at it with all your heart, as working for the Lord, not for human masters.”

In conclusion, Mark stresses, do the mundane, little things right.  Because that enables you to do the big things right.  When you do the natural, it sets up God to do something supernatural.  Landlocked Riverview Park faded away – now only a distant memory.  But it never held a candle to the persevering commitment God makes to us.  Mark closes with these words of hope: “Miracles happen at the place where our grit meets God’s grace.”