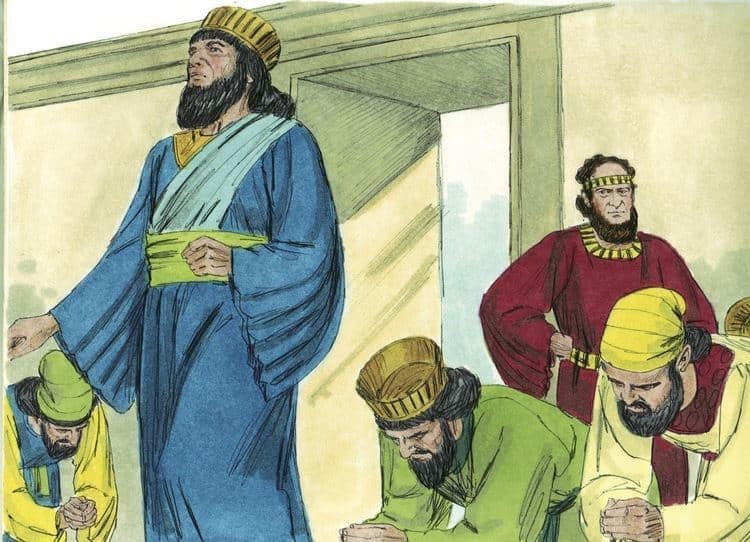 “Living as a person of faith in a faithless world requires courage and acts of resistance. . . .  But chances are high that you’ll be tempted to compromise your beliefs or to remain silent in the face of injustice and evil.  Mordecai moments are coming your way.”- Max Lucado

“All the royal officials at the king’s gate knelt down and paid honor to Haman, for the king had commanded this concerning him.  But Mordecai would not kneel down or pay him honor.”- Esther 3:2 (NIV)

In Chapter 4 (“He Refused to Bow”) of Made for This Moment, Max Lucado talks about the ancestors of Haman and Mordecai.  Haman descended from Agag, king of the Amalekites.  The most ancient of the Hebrew’s enemies.  In fact, the children of Israel barely escaped Egyptian bondage when the Amalekites attacked them.

Most significantly, the Amalekites cruelly attacked those lagging  behind.  Thus, the barbarians picked off the stragglers.  Hence, the army lacked the courage to attack from the front.  But, their attempt at destruction failed.

On the other hand, Mordecai, a Benjamite, descended from the lineage of King Saul.  And Saul’s refusal to obey God and destroy Agag served as a perpetual blemish on the Benjamite legacy.

Consequently, Mordecai’s encounter with Haman in Susa signified much more than two men simply meeting at the citadel.  Instead, it represented the collision of ten centuries of bias and hatred.

In conclusion, Pastor Lucado explores the first of many Mordecai moments:

“Well, there it is.  The camouflage came off.  The mask was removed.  Mortdecai had spent his entire life hiding his nationality and had trained Esther to do the same.  The two were so Persian in tone, appearance, language, and behavior that she could marry the king, he could work for the king, and no one knew they were descendants of Abraham.  But one look at Haman changed that.  Mordecai wasn’t about to bow before an enemy of God’s people.”

Today’s question: What Mordecai moments have occurred in your life?  Please share.