A call for total allegiance 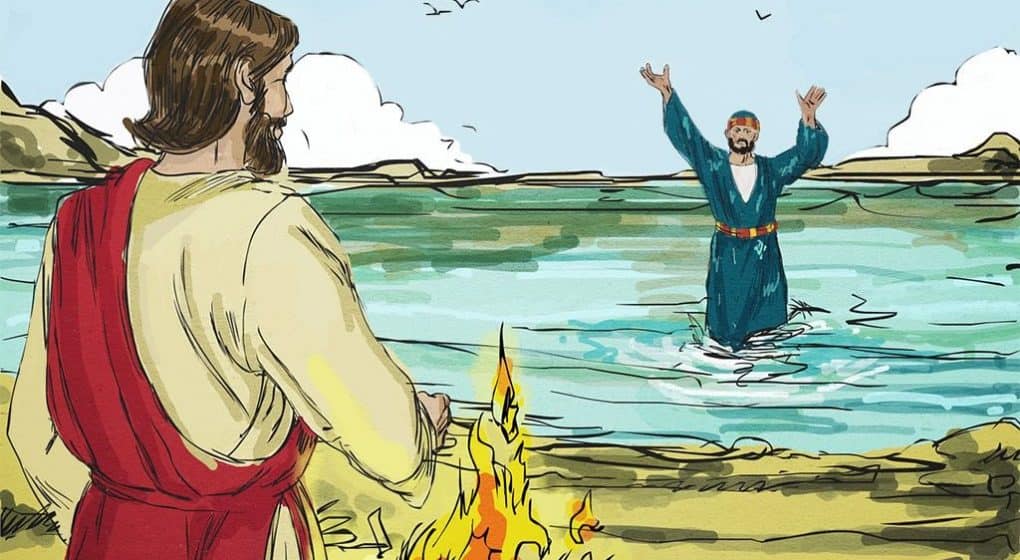 “The claims of Jesus Christ, if they are truly heard for what they are, never evoke moderate response.  Jesus claimed to be the Lord God of the universe, who had come to earth to give himself for us so that we could live for him.  That is a call for total allegiance. . . .  Unless you are running away from him or running toward him, you actually don’t really know who he is.”- Timothy Keller

Case Study #4: Peter meets Jesus.  Both Luke 5 and John 21 record episodes of the disciples fishing.  The accounts are similar, yet different.  In both accounts, the disciples fished all night and caught nothing.  Furthermore, in both cases Jesus told them to throw their nets in the water one more time.  And each time the disciples caught an enormous, miraculous catch of fish.

But in Luke 5, Peter tells Jesus to go away from him because he’s a sinful man.  While in John 21, Peter jumps into the water, struggling to get close to Jesus quickly.  So, Peter ran away from Jesus in Luke 5 and ran toward Him in John 21.  Nothing lukewarm in the middle makes any sense, Pastor Keller concludes, for Peter or for us.

Next, Jesus addresses Peter’s threefold denial of the Lord.  Hence, Jesus asks Peter three times if he loves Him.  Because Jesus wanted Peter to see and understand himself.  Also, according to Yale theologian Miroslav Volf, Peter’s problem centered on a ‘false identity.’  Therefore, Pastor Keller explains:

“Peter’s identity was based on the assumption of his superiority to his fellow disciples.  Peter told Jesus he was the most passionate and faithful of all.  He was not basing his identity of Jesus’s great love for him but on his great love for Jesus.  That meant that while Jesus was Peter’s teacher, Peter was being his onw savior.”

Today’s question: How do you see the claims of Jesus Christ as a call for total allegiance?  Please share.

Tomorrow’s blog: “The foundational source of your self-worth”