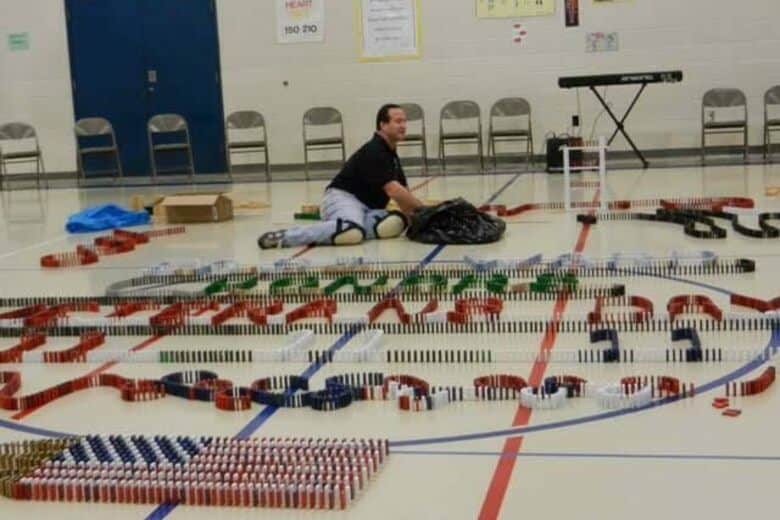 “Jesus identified common cues that tempt us and test us and tick us off.  Then He interrupted the pattern in ingenious ways.  In a dog-eat-dog world, the Sermon on the Mount calls us to live counterculturally.  Jesus stopped the vicious cycle and replaced it with the virtuous cycle.”- Mark Batterson

“You have heard that it was said, ‘Love your neighbor and hate your enemy.’  But I tell you, love your enemies and pray for those who persecute you.”- Matthew 5:43-44 (NIV)

Mark Batterson continues his Introduction to Do It for a Day as he describes the Sermon on the Mount as a master class on the habit cycle.  Rather than offer an orientation to His disciples, Jesus provided a disorientation.  Hence, the sermon lists six antitheses, including Matthew 5:43-44.

However, the Jesus Way means much more than ‘out with the old and in with the new.’  In this third way, Jesus called His followers to radical forgiveness — seventy times seven — and radical generosity.  Going the extra mile.

In 1974, high school sophomore Bob Speca learned about induction theory from his math teacher.   Bob’s teacher likened the theory to the domino effect.  Inspired, Bob bought two boxes of dominoes that very afternoon.  Bob went on to set the first world record in domino toppling.  And he broke his record five times, topping out at 97,500 dominoes.

Finally, at about that same time, physicist Lorne Whitehead discovered a domino’s capability to knock over a second domino one and a half times its size.  Thus, dominoes offer us a real-world example.  When you knock one over, the sky’s the limit.  Just start with the bottom rung of a ladder.  Then climb one rung at a time.

In other words, as Mark translates: Almost everyone can accomplish anything if they work at it long enough, hard enough, and smart enough.  Domino habits provide the key.  Little habits create exponential effects over time.

Today’s question: How has Jesus stopped your vicious cycle and replaced it with a virtuous cycle?  Please share.