Pop the periscope on our present circunstances 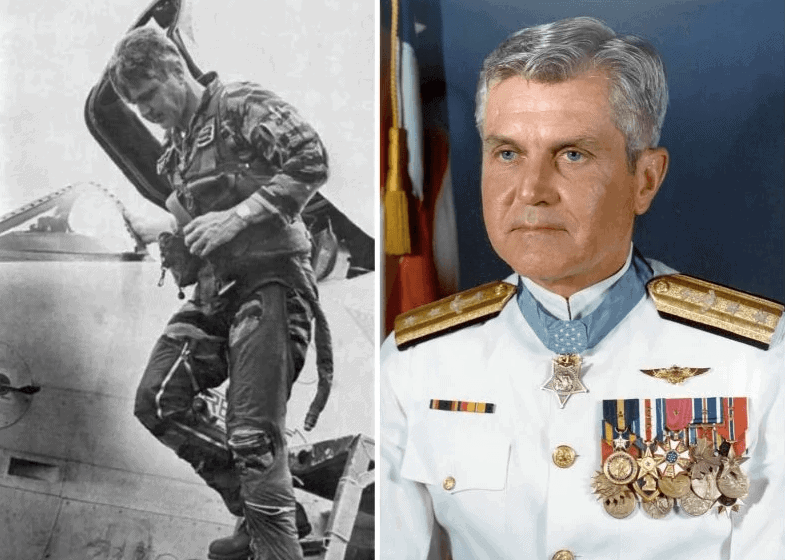 “The farther behind you can look, the farther ahead you can see.”- Winston Churchill

On Day 8 (“Remembering the Future”) of Do It for a Day, Mark Batterson tells the story of James Stockdale.  A senior naval officer, the Vietcong captured Stockdale after they shot down his plane over North Vietnam.  As a result, Stockdale occupied a windowless, concrete cell that measured three feet by nine feet.  And he lived at the Hanoi Hilton for the next eight years.

Above all, Stockdale survived because he never lost faith in the end of the story.  However, as Stockdale observed, prisoners with an optimistic attitude died in captivity.  Because false expectations perpetually disappointed them.  On the other hand, Stockdale turned his captivity into the defining event of his life. And one which, in retrospect, he would not trade.

In his book Good to Great, Jim Collins refers to what he calls the Stockdale Paradox.  As James Stockdale reflected on his eight years as a POW, he said, “You must never confuse faith that you will prevail in the end — which you can never afford to lose — with the discipline to confront the brutal facts of your current reality — whatever they might be.”

In conclusion, Pastor Batterson relates an account from Bob Goff about remembering the future.  Before the birth of his daughter, Bob wrote a note that forgave her for getting into an accident and crashing the family car.  Next, he placed the note in a jar and buried the note in the ground.  And sure enough, seventeen years later, Bob’s daughter crashed their car.  So, Bob gave her a shovel and directed his daughter where to dig.  Then she dug up the note and read it!

Finally, as Oswald Chambers once wrote, “God’s aim looks like missing the mark because we are too short-sighted to see what He is aiming at.”

Today’s question: What most helps you pop the periscope to gain perspective on your present circumstances?  Please share.