Taking our cues from God – teamwork 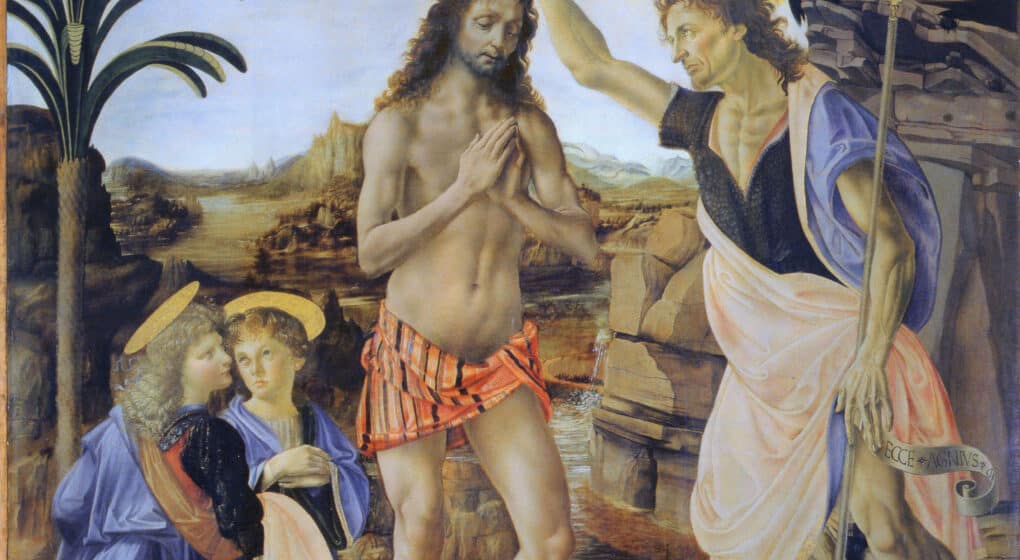 “If we’re taking our cues from God, we’ll surround ourselves with a prayerfully selected team.  The bottom line?  It takes teamwork to make the dream work.”- Mark Batterson

Moving on to Day 27 of Do It for a Day, Mark Batterson tells the story of Leonardo, a fourteen-year-old boy from the town of Vinci.  Young Leonardo moved to Florence to apprentice for an artist named Andrea del Verrocchio.

During the Renaissance, many pieces produced by one of the many artist workshops bore no signature.  Because art was a team sport.  Like Leonardo, we need people who believe in us more than we believe in ourselves.  People to push us past our limits.  And, when necessary, push our buttons.

Above all, Verrocchio and Leonardo collaborated on a masterpiece titled The Baptism of Christ.  Two angels appear in the painting.  Leonardo’s angel is on the left, Verrocchio’s on the right.  In fact, Verrocchio stood in such awe of Leonardo’s angel, Mark notes, that he “resolved never again to touch a brush.”

Hence, Pastor Batterson defines success as succession.  Because we stand on the shoulders of the previous generation.  But, we return the favor as we pass the baton.  In addition, Mark loves these lines from the musical Hamilton: “Legacy.  What is a legacy?  It’s planting seeds in a garden you never get to see.”

Also, Pastor Batterson observes, Roots author Alex Haley famously kept a picture of a turtle on a fencepost in his office.  For the picture reminded Haley that the turtle needed help to get to the top of the fencepost.

Today’s question: What most helps us in taking our cues from God?  Please share.