The loudest voice in your life 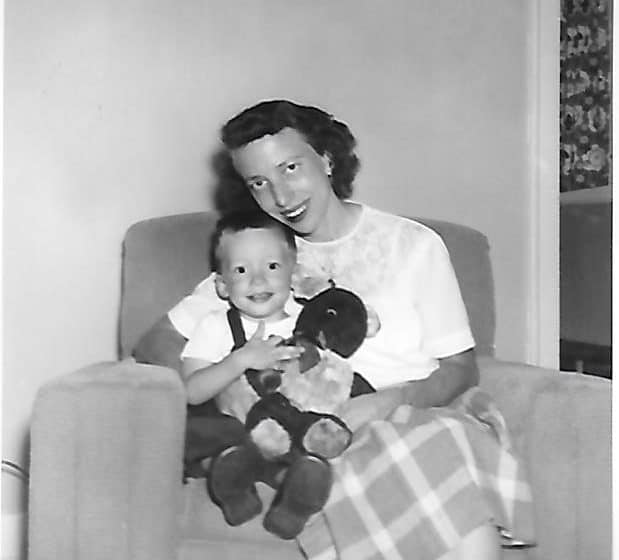 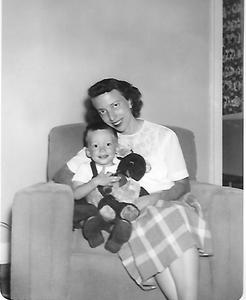 “Is God’s voice the loudest voice in your life?  That’s the question.  If the answer is no, that’s the problem.”- Mark Batterson, Whisper

“They [the Emmaus disciples] said to each other, ‘Did not our hearts burn within us while he talked to us on the road, while he opened the Scriptures?’ “- Luke 24:32 (ESV)

After many hours of labor, my mother Elinor gave birth to me on July 3, 1951.  Since Dr. Hauck, mom’s physician, determined I wouldn’t survive a natural birth, he performed a Caesarean section.  Mom later described the first physical features she noticed, my “big, bright blue eyes and beautiful hands with long, slender fingers.  In her hospital room, her whispering spot, God’s voice was the loudest voice.  And mom leaned toward His whisper.

As a result, mom probably thought of her twin brother Elmer, who asked for violin lessons at the age of nine.  Beginning with the second semester of his freshman year at North Division High School in Milwaukee, Uncle Elmer was chosen to play in the senior orchestra.  Eventually, he held the seat next to the concert master.

At the age of three, my parents bought me an inexpensive portable record player.  My first choice of records consisted of an album of marches.  Also, mom and dad enrolled me in a record club, introducing me to classical music.   Furthermore, as an alto in Ashburn Lutheran’s Children’s Choir, my sense of pitch kept me from getting thrown off-key by the sopranos.

Writing in Whisper:  How to Hear the Voice of God, Mark Batterson notes God possesses an outside voice He’s not afraid to use.  However, when God really wants us to hear Him – because what He needs to say carries great importance – He speaks in a whisper.  Just above the absolute threshold of hearing.  As Pastor Batterson explains, when someone speaks in a whisper, you must get very close to hear:

“We lean toward a whisper, and that’s what God wants.  The goal of hearing the heavenly Father’s voice isn’t just hearing His voice, it’s intimacy with Him.  That’s why He speaks in a whisper.  He wants to be as clos to us as divinely possible!  He loves us, likes us, that much.”

Through the silence of proactive listening, we battle daily against the competing voices within us.  But with each small victory, God’s voice gets a little louder in our lives.  With perseverance, God’s voice becomes the only voice we hear.  To bring this to fruition requires listening with more than our outer ear.  We need to give God a second hearing with our inner ear.  As a result, His truth gets from our head to our heart of hearts.

“Christ is risen from the dead/ We are one with Him again/ Come awake, come awake/ Come and rise up from the grave.”- Matt Maher