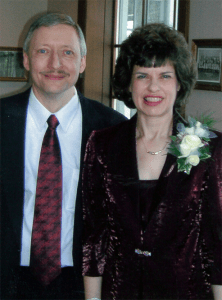 After more than 20 years as a Lutheran elementary teacher, David was downsized from his position as a 4th grade teacher in August of 2006. In the years that followed, David was underemployed in a series of retail and service jobs. He also had at least one teaching interview each year, but no calls were forthcoming. Yet David continued to feel a growing sense of urgency to return to ministry. During the summer of 2010, as David and his ministry coach (Gary Janetzke) reflected on David’s four-year healing journey, David realized that God was calling him to minister to the growing number of downsized synodical church workers.

David has established Crown of Compassion Ministries to provide daily emotional and spiritual support to disenfranchised church workers by enabling them to connect to each other socially and prayerfully as well as providing resources to help them on their walk in this transitional period as they position themselves to revitalize and revision their ministry.

David’s wife Vicki has been a support to him for over 30 years, but never so much as in the last five years of spiritual and emotional upheaval. While Vicki has spent most of her life in the senior care industry, she also has done five years of aftercare counseling for a local funeral home, meeting with nearly 1000 families in that period. Vicki was certified as a Level II Bereavement Specialist through the American Academy of Bereavement.

As the spouse of a downsized church worker, Vicki has special heart for fellow spouses as they struggle to uphold the morale of the former worker while at the same time dealing with all the ramifications of this loss in their lives as a couple and family. 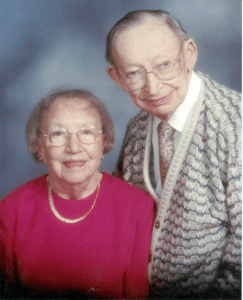 William (Bill) and Elinor Henning, whose steadfast support of Christian education and David’s teaching ministry provided the foundational elements for the creation of this ministry.

David dedicates this website and ministry to the memory of his parents, William (Bill) and Elinor Henning, whose steadfast support of Christian education and David’s teaching ministry provided the foundational elements for the creation of this ministry.