A collective allergy to applying the word “sin” 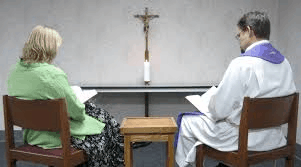 “We have developed a collective allergy to the application of the word sin to our lives.  After all, nobody really makes mistakes anymore.  There’s always a scapegoat. . . .  It’s definitely not you.”- Carey Nieuwhof

Carey Nieuwhof concludes Chapter 5 of Didn’t See It Coming as he talks about the demise of two vital things that make people feel distant from others.

1.  The demise of genuine conversation.  Pastor Nieuwhof observes that people today appear to talk at one another more than they talk with one another.  Thus, conversations devolve into an exchange of monologues between uninterested people.  In other words, people talk right past one another.

Finally, Carey believes, social media contributes to this decline.  He posits that we’ve gotten so used to posting status updates we’ve turned into mini-broadcasters.  But if you converse only in monologues, you eventually feel deep loss.

2.  The death of confession.  The author considers the disappearance of confession an even deeper issue than the death of genuine conversation.  As a result, this shift away from confession leaves people in a precarious state.

Hence, as Dr. Tim Elmore chronicled, our society’s approach to parenting produces a generation of kids who suffer from high arrogance, but low self-esteem.  In contrast, healthy self-esteem develops when one links praise to actual accomplishment and effort.  And, it acknowledges the vital role of failure, struggle, and confession.  This enable true progress, as Carey explains:

“. . . confession and progress are inexorably linked.  You won’t address what you don’t confess.  If you think about this more deeply, it’s the things that you refuse to confess that grate on the relationships that matter to you.”

Today’s question: Do you ever display an allergy to applying the word sin to your life?  Please share.