An elevator or the stairs? 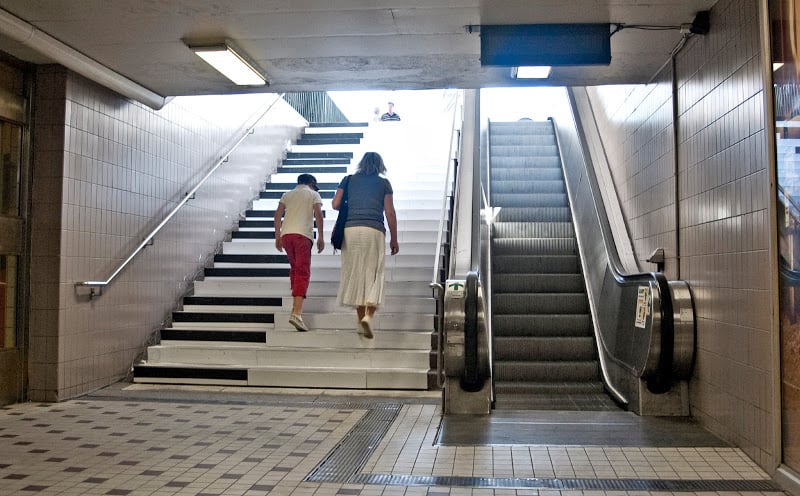 “When given a choice, don’t take the easy way out.  It’s a mindset and a metaphor.  When presented with the option of an elevator or the stairs, you make a predecision to take the stairs. . . .  The stairs and the elevator will get you to the same place, but you’ll be in better shape having taken the stairs.”- Mark Batterson

Mark Batterson concludes Day 2 of Do It for a Day as he presents a distinction between two very different mindsets.  In her book Mindset, Carol Dweck talks about fixed mindsets and growth mindsets.

First, a person with a fixed mindset believes our capabilities are set in stone.  Therefore, nature tops nurture.  So, with that frame of mind, you try to avoid failure.  Because you see failure as an indictment.  Rather than as an opportunity to learn.  Thus, you’re only as good as your last game or last performance.

However, a person with a growth mindset cultivates capabilities, regardless of the circumstances.  As a result, nurture trumps nature.  Hence, you own your failure.  Instead of your failure owning you.  Above all, you leverage your failure because you learn from it.  Success results from well-managed failure.

In addition, Mark stresses, habit formation begins with a growth mindset.  Also, it welcomes resistance, as it provides a means of growing stronger.  And if you stay humble and hungry, the sky’s the limit for what God can do in you and through you.  Furthermore, give that same grace to others.  As Oswald Chambers once said, “Let God be as original with other people as He is with you.”

In conclusion, Pastor Batterson counsels, add an element of fun when you add resistance.  For example, Volkswagen Sweden employed fun theory to install a piano staircase next to an escalator at a subway station in Stockholm.  The stairs looked like as well as functioned like piano keys.  A 66 percent increase in using the stairs resulted.

As Edwin Friedman once noted: “A major criterion of judging the anxiety level of any society is the loss of its capacity to be playful.”

Today’s question: When you face resistance, do you opt for an elevator or the stairs?  Please share.