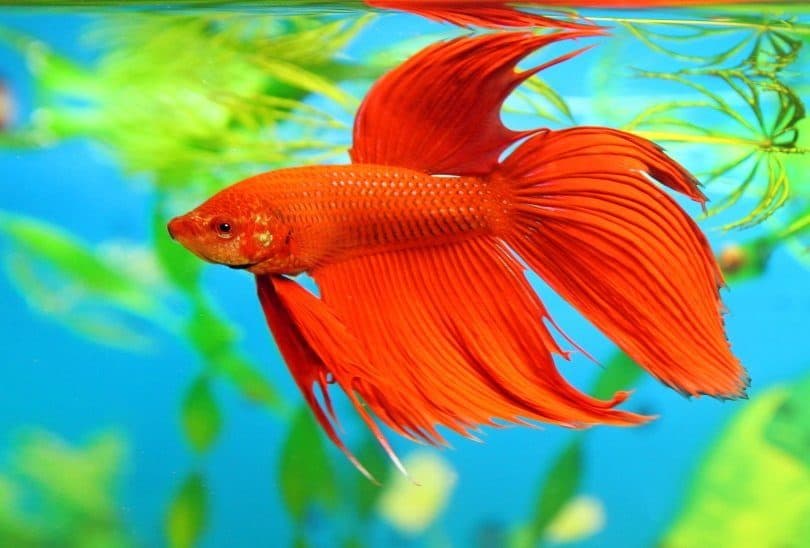 “Being alone and feeling alone are not the same things.  Being alone can be a beautiful thing, a time of rest, of reflection, of quiet. . . .  Feeling alone is like a silent ache, a feeling that you don’t belong, you don’t fit in, you’re not like everyone else.  Feeling alone doesn’t need to make sense; it just is.  It’s a gnawing ache inside.  It’s like a piece is missing from your soul.”- Sheila Walsh

In Chapter 2 (“Holding On When You Feel Alone”) of Holding On, Sheila Walsh talks about the demise of her son Christian’s scarlet Betta, Red.  As Sheila cleaned out Red’s bowl, she caught her reflection in a glass tower.  Christian placed the glass tower in the bowl to provide a hiding place for Red.

But when Sheila felt a sense of sadness wash over her, that set off a little warning bell inside her.  Which she ignored.  Months later, though, Sheila put that missing puzzle piece in place – that she’s always felt alone.

After her father suffered a brain aneurysm, he took his rage out on Sheila.  But not on her other two siblings.  And one day Sheila fought back, pulling his cane from him.  When her father fell, then roared like an animal, paramedics took him to a psychiatric hospital.  However, one night he escaped and drowned himself in the river.  As a result, Sheila felt like :

In conclusion, Sheila observes, any significant pain creates a silent ache.  Therefore, when Sheila struggles, she opens her Bible – her life and breath.  And in the process, she finds herself.  Furthermore, as she anchors herself to the Word of God, she remembers that God’s right next to her.  Because feelings can be powerful liars.

Today’s question: What Scriptures help you when a silent ache of feeling alone washes over you?  Please share.

Tomorrow’s blog: “In the darkness of the olive grove”