Being authentically you before God 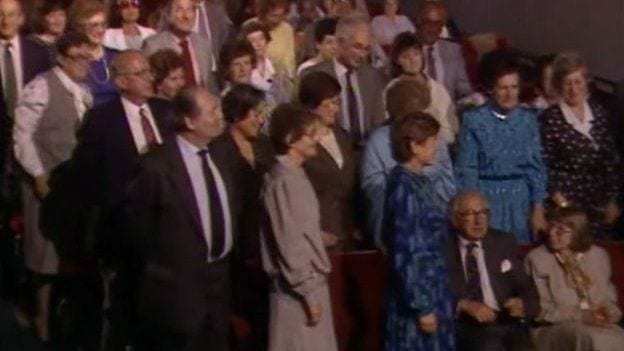 “Start by being authentically you before God.  You do this by exposing, in prayer, what it is more comfortable to hide.  Whenever you worship God regardless of your feelings, the ‘real you’ emerges.  Picking up your Bible and reading until peace settles over you . . . is a response to who you truly are.  Be ‘you’ and watch his grace captivate your heart.  His goodness will summon you to a better day.”- Heath Adamson

In Chapter 5 (“You Travel Not Alone”) of The Sacred Chase, Heath Adamson tells the story of Sir Nicholas Winton (1909-2015).  In 1988 Sir Nicholas took his seat in the front row amidst what appeared to be a typical studio audience.  Because the BBC show That’s Life asked Sir Nicholas on the show to talk about how he’d helped rescue 669 Czech children from certain annihilation by Hitler.

Although Sir Nicholas sat in the presence of something special, he showed no awareness of that fact.  However, more than two dozen significant people in the audience knew exactly who Sir Nicholas was.  For they represented a small number of the children he’d saved almost fifty years earlier!

Above all, he never told his wife.  Until his wife discovered a scrapbook in the attic with information about ‘Winton’s children’ in 1988.  Apparently, Sir Nicholas believed his actions were the normal thing to do.  And when asked why he rescued the children, he simply responded, “Some people revel in taking risks, and some go through life without taking any risks at all.”

When what’s inferior, unhealthy, dysfunctional, and ungodly becomes ‘normal,’ we suffer and fall short of God’s promises.  Furthermore, Heath stresses, the devil works amazingly well behind the camouflage of normal.  Anything we tolerate, we provide space for.  Also, apathy and lack of soul-awareness combine to convince us that our current situation is as good as it gets.

“The condition of our soul — not who we pretend to be or who others perceive us to be but who we really are — determines whether we begin and finish our race.  The sacred chase requires us to take what we believe, overcome apathy, and take the next courageous step.”

Today’s question: What most helps you in being authentically you before God?  Please share.

Tomorrow’s blog: “Harden you heart – what happens if you do”