The peripety parade – aka plot twist 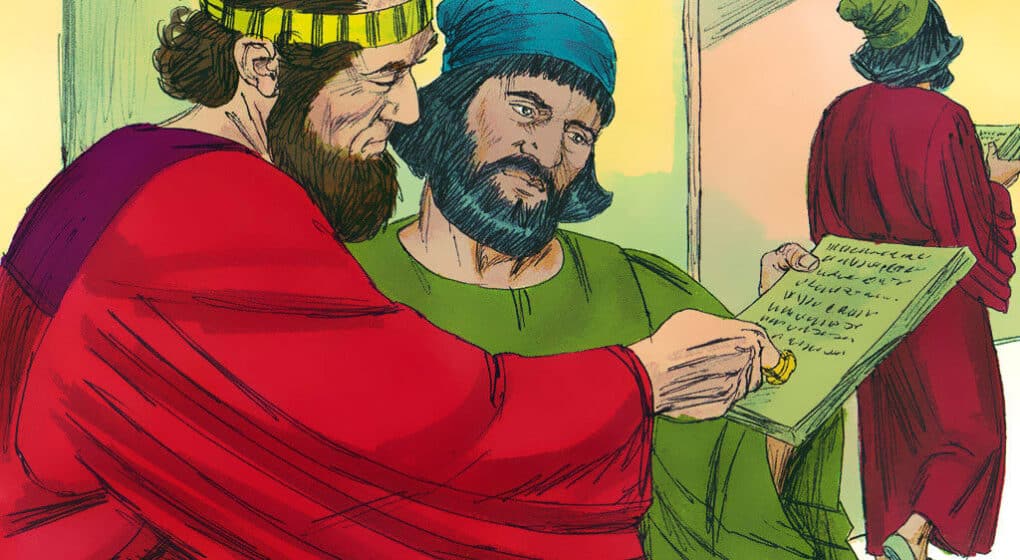 “Haman was hard-hearted and pompous.  Xerxes was out of touch and oblivious.  All the sons and daughters of Abraham had a price on their head. . . .  These forces were going to win the day.  At least so it seemed.  But then came the peripety parade. . . .  [Peripety is] a literary device that describes a redirected story line.”- Max Lucado

“On the thirteenth day of the twelfth month, the month of Adar, the edict commanded by the king was to be carried out.  On this day the enemies of the Jews had hoped to overpower them, but now the tables were turned and the Jews got the upper hand over those who hated them.”- Esther 9:1 (NIV)

In Chapter 9 (“The God of Great Turnarounds”) of Made for This Moment, Max Lucado underscores that God is the God of the plot twist.  For in Esther Chapter 8, He softened the hard heart of Xerxes.

However, Esther’s people weren’t out of the woods just yet.  Because ancient Persia viewed the king as divine, an issued edict stood as written.   No rescinding allowed.  Hence, Xerxes decided to work around it.  Since he couldn’t reverse the law, he simply wrote a second one.

As a result, the peripety parade continued.  When Esther told Xerxes about Haman’s intent, Haman went from being second-in-command to impalement on a stake.  Therefore, Pastor Lucado notes, in God’s hands no:

“Are you in need of rescue?  Are you available to rescue someone else?  Either way, keep praying.  Keep trusting. . . .  For all you know you may be a day away from a game-changing peripety. . . .

But you have to stay in the game.  Mordecai did.  Esther did. . . .  They chose the path of faith.  Because they did, each of their stories took a turn for the better.  So will yours, my friend, so will yours.”

Today’s question: have you witnessed a peripety parade in your life?  Please share.