Look in the mirror – see a wreck? 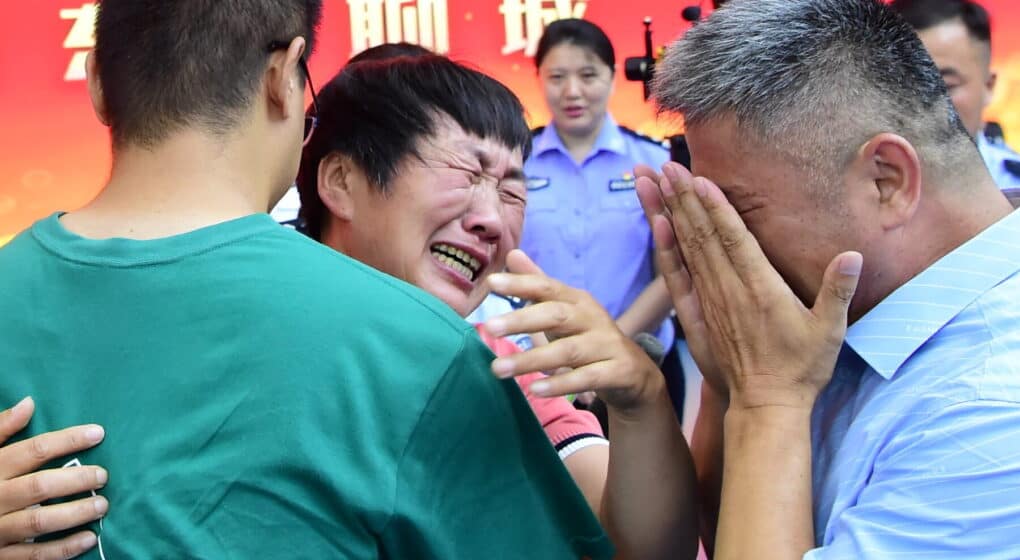 “When we look in the mirror . . . we often see a wreck.  Weathered on the outside, weak within.  But does God see a wreck?  No, he sees a work in progress. . . .  God’s love can change us. . . .  God never forces his love on anyone.  He teaches, reveals, illustrates, and offers, but he never pushes his way into the heart.  He waits on us to invite him in.”- Max Lucado

“For the eyes of the LORD run to and fro throughout the whole earth, to show himself strong on behalf of those whose heart is loyal to him.”- 2 Chronicles 167:9 (NKJV)

In an epilogue titled ‘One More Word from Max’ of 3:16 – The Numbers of Hope, Max Lucado tells the poignant story of Guo Gangtang.  Child traffickers kidnapped his two-year-old son in 1997.  Because childless Chinese families sometimes go to any length to buy a son to carry on the family name.

So, against all hope, Guo set out on a quest to find his son.  And he wore out ten motorcycles as he travelled more than 310,000 miles through almost half of China’s provinces.  For twenty-four years!  Finally, in the summer of 2021, modern DNA analysis broke the case.  The son reunited with his parents.

Above all, Pastor Lucado stresses, God’s zoe – the aquifer from which all His mercies flow.  Therefore, to understand God, begin with His love.  And if you listen closely, you’ll hear the steps of your Father God as He runs to meet you.  It’s also a profound truth, Max notes, that the ratio of God’s forgiveness to repentance is 1:1.  Hence, every prodigal who’s departed from the Father’s will and direction finds God’s grace.  When they seek that grace.

“Let John 3:16 become the banner of your life.  For God so loved me that he gave his one and only Son.  Stay strong in the love of God, my friend.  It is the message of 3:16 and the highest hope of humanity.  God loves his world, this world.  He is on a quest to rescue his children and bring them home.”

Today’s question: How often do you see a wreck when you look in the mirror?  Please share.

Tomorrow’s blog: the annotated bibliography of 3:16 – The Numbers of Hope