When the future’s a fuzzy blob 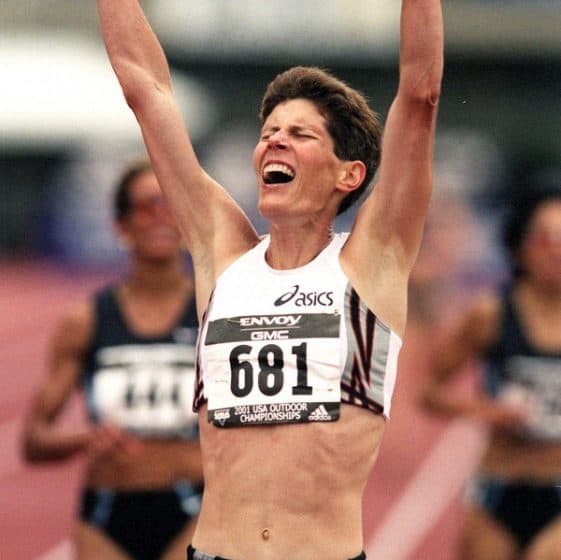 “We become discouraged when we can’t see the course ahead too clearly — there are times when the future is no better than a fuzzy blob.  Other time we can’t tell whether we’re in the homestretch or if the course is going to take yet another turn.  The main thing is to keep running.”- Kyle Idleman

“The race is not to the swift or the battle to the strong.”- Ecclesiastes 9:11 (NIV)

In his Introduction (“Run Your Race”) to Section 3 of Don’t Give Up, Kyle Idleman tells the inspiring story of Olympic runner Marla Runyan.  While competing in the heptathlon at the 1996 Atlanta Summer Olympics, Marla set an American record in the 800-meter run.  As a result, Marla dedicated herself to middle distance running.  Despite being legally blind since 1978.

All four Gospels, Pastor Idleman notes, tell of people running at the news of the empty tomb.  For example, Mary ran to tell the disciples.  Then, Peter and John engaged in a memorable foot race to the tomb the moment they heard the news.  Although John beat Peter to the finish line, always impulsive Peter first barged into the tomb.

Thus, Kyle realized, racing involves more than competing to get from Point A to Point B.  In addition, racing involves emotions – fear, curiosity, exhileration.  But while the disciples sprinted to the tomb, life consists of a marathon run.  Kyle explains:

” . . . life is a marathon.  And about that — when we set out to go the distance, it’s not going to be easy.  Eventually the emotion wears off.  Soon the pain sets in.  At some point the challenge of running your race comes down to whether you will give up or keep going.  As the writer of Ecclesiastes reminds us, speed alone is no guarantee.  The race isn’t always to the swift of the battle to the strong.  Sometimes it goes to those who simply refuse to give up.”

Today’s question: What Scriptures bolster your resolve when the future looks like a fuzzy blob?  Please share.

Tomorrow’s blog: “Running the race marked out for us”