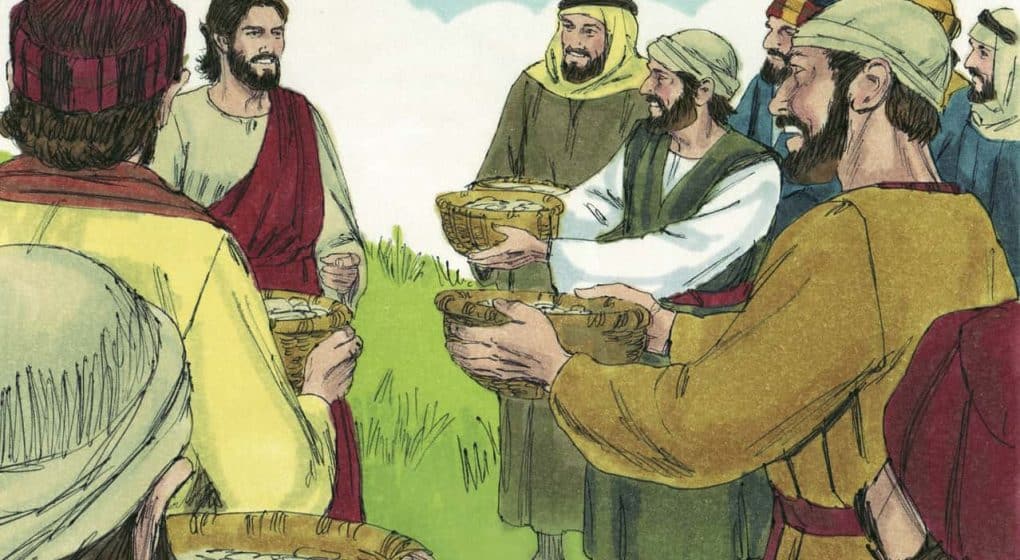 “We’d like to think [the disciples] would respond with more faith . . . .  We’d like to see more spunk, more grit. . . .  But they and the silent others showed no spark.  They counted the hungry people, the money in their bag, and the amount of bread and fish.  They did not, however, count on Christ.  And he was standing right there!”- Max Lucado

“Where can we but enough bread to feed all these people?  (Jesus was asking this to test Philip, because Jesus knew what he himself was going to do).   Philip responded, “Several thousand dollars worth of bread wouldn’t be enough to give even a tiny bite to all these people!”  Then one of Jesus’ other disciples, Andrew, the brother of Simon Peter, said to Jesus, “There is a boy here with five loaves of barley bread and two fish.  Oh, but what are these things when there are all these people?”- John 6:5-9 (translation by Frederick Dale Bruner)

In Chapter 5 (“We Can Solve This”) of Never Alone, Max Lucado talks about feeling overwhelmed.  That paralyzing deer-in-the-headlights fear that surfaces when confronted by a mountain too tall to climb.  That’s what the disciples faced when Jesus attracted a crowd too numerous to feed.

John tells us that when Jesus fed the five thousand, Passover was coming up – a springtime celebration.  Above all, the Jewish people viewed Passover as a season of possibilities.  Recalling the exodus from Egyptian bondage whet their appetite for a repeat performance.  Because they knew about Jesus’ teachings and healings, they followed Him around the Sea of Galilee.  However, rather than acting in faith, the disciples only focused on all these people to feed.  The idea of soliciting Jesus’ help never dawned on them.

Hence, Pastor Lucado asks, what’s your version of all these people?  For, when demand outstrips supply, you find yourself feeling as hopeless as Philip, as meager as Andrew.  Yet, Jesus stands right beside you.  He couldn’t be closer!