Stuffing your ears with cotton 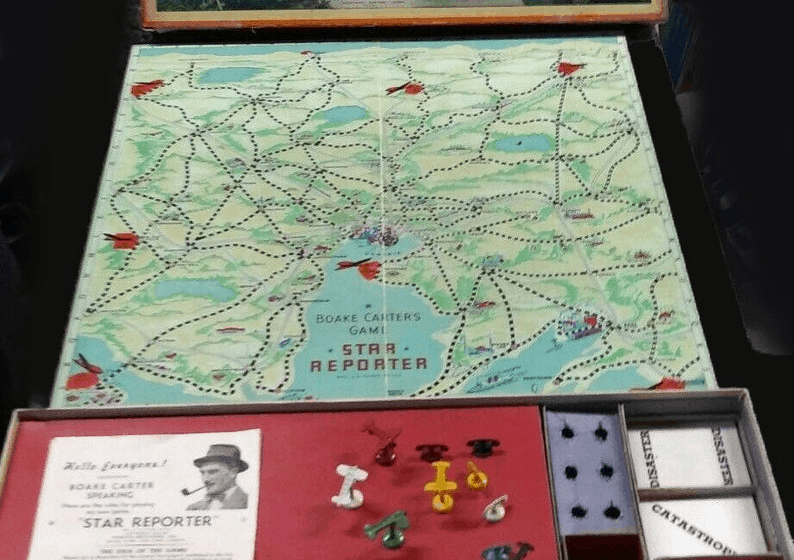 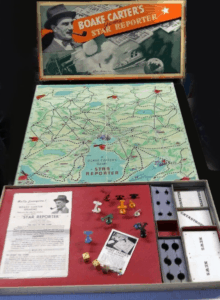 “[Mark 5:36] describes the critical principle for seeing the unseen.  Ignore what people say.  Block them out.  Turn them off.  Close your ears.  And if you must, walk away. . . .  Faith sometimes begins by stuffing your ears with cotton.”- Max Lucado, Begin Again (2021)

“Forget the former things; do not dwell on the past.  See, I am doing a new thing!  Now it springs up; do you not perceive it?  I am making a way in the wilderness and streams in the wasteland.”- Isaiah 43:18-19 (NIV)

During our middle school years, my best friend Cliff and I enjoyed playing the board game Star Reporter.  Boake Carter gained fame as a news reporter in the 1920s and 30s.  Above all, Carter’s radio broadcasts put him in the same league as contemporaries Edward R. Murrow and Lowell Thomas.

The game board depicted the fictional city of Urbania and its environs – connected by train, car, and airplane.  Therefore, each player was equipped with a metal airplane on a stand, a telephone, and a pin(!).  In your choice of color, of course.  Certainly, an early version of planned obsolescence.

In addition, Star Reporter came with 63 News cards, 9 Disaster cards, and 8 Catastrophe cards.  First, each player drew a News card.  But, when any player rolled double sixes, that meant Disaster!  All players raced to get there first.  Finally, one Catastrophe card was drawn.  And the player with the most points earned the title of Star Reporter.

However, after years of play, the game board resembled a high-fiber version of Swiss cheese.  As a result, Cliff and I meticulously recreated the game on a piece of poster board.  We made all things new – minus the stick pins!!  Writing in Begin Again, Max Lucado examines Mark’s gospel account of Jairus’s Daughter.  When Jairus asked Jesus to help his dying daughter, Jesus agreed.  Because Jesus loves new beginnings.

Yet, Jesus and Jairus barely set off on their journey when emissaries from Jairus’s house approached them.  They said Jairus’s daughter had died.  So Jesus, paying no attention to their message, took control.  He immediately turned to Jairus and pled with him not to fear – just believe.  Sometimes, faith starts with stuffing your ears with cotton.

On the wall of a concentration camp, Max notes, a prisoner carved these words:

What kind of eyes see such good in the midst of desolation?  Eyes that choose to see the unseen.  To see by faith, not live by the facts.  See the Healer rather than the hurt.  Hence, when Jesus arrived at Jairus’s house, he encountered mourners crying and making lots of noise.  And what did Jesus do?  He threw the mourners out.  In fact, the original text uses the same verb to describe Jesus handled the money changers in the temple.  Perhaps, Max suggests, Jesus refused to let the noise distract Jairus from his journey of faith.

In conclusion, Pastor Lucado explains why at times faith begins through stuffing your ears with cotton:

“God isn’t going to let the noise distract you from [your faith journey}.  He’s still busy casting out the critics and silencing the voices that could deter you.  Some of his work you have seen.  Most of it you haven’t. . . .

Mark it down: God knows you and I are blind.  He knows living by faith and not by sight doesn’t come naturally.  And I think that’s one reason he raised Jairus’s daughter from the dead.  Not for her sake.  She was better off in heaven.  But for our sake — to teach us that heaven notices when we trust.”