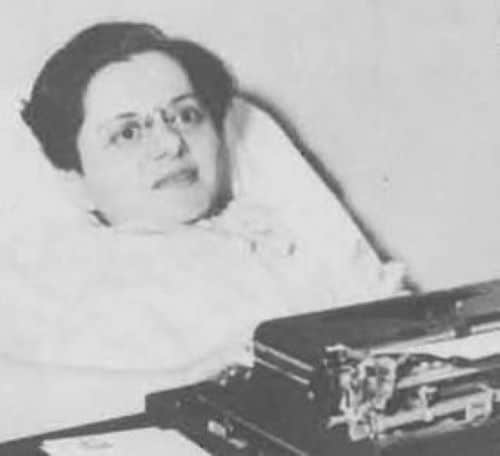 “It is possible both to accept and to endure loneliness without bitterness when there is a vision of the glory beyond.”- Elisabeth Elliot, The Path of Loneliness (2007)

In Chapter 6 (“The Transformation of Loneliness”) of Transforming Loneliness, Ruth Graham talks about two types of transformation.  Some occur as an act of God, without human intervention.  While the other type requires human effort – like turning a weed patch into a garden.

Hence, Ruth pauses to ask an important question: What will your loneliness become?  Might you turn bitter or depressed?  Withdrawn or isolated?  Or will loneliness spur motivation and purpose, becoming an impetus for change?

As a toddler, doctors diagnosed Jane Hess Merchant with brittle bone disease.  At the age of twelve, Jane broke both of her legs and one arm when moved from her bed to a wheelchair.  As a result, she spent the rest of her life bedridden. Imagine the loneliness Jane endured!

Once confined to bed, Jane, already an avid reader, began to write poetry.  And then, at the age of twenty-one, she became deaf as a side effect of the disease.  Consequently, Jane spiraled into a greater sense of isolation and loneliness.  But, reading a book by Harry Emerson Fosdick turned her life around.  Fosdick’s book inspired Jane to dedicate her life to reading and writing.  Most significantly, Jane wrote:

“I rely on Fosdick, saying, ‘We all have cellars in our houses, but we don’t have to live in them.”

In 1956, at the age of thirty-seven, Jane published her first book of poems.  And when she died at the age of fifty-two, she’d had 2080 poems and two books published.  Finally, here’s an excerpt from one of Jane’s poems:

“I have seen the dawn begin/ With a thread of lavender/ Hinting, to my leafless sight,/ There is something more than night.”