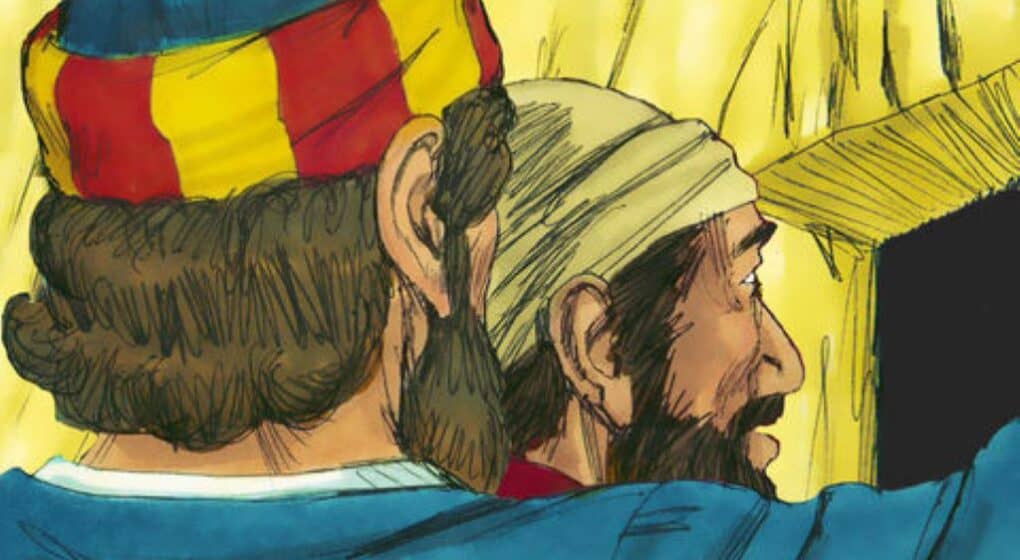 “In the gospel of John, the word belief is not merely intellectual assent but it is the heart faith that brings salvation.  So faith is more than intellectual reasoning and assent.  It is more than looking at the evidence and working it all out, but it is not less than that.”- Timothy Keller

“[Simon Peter] saw the strip of linen lying there, as well as the cloth that had been wrapped around Jesus’ head.  The cloth was still lying in its place, separate from the linen.  Finally the other disciple who had reached the tomb first, also went inside.  He saw and believed.”- John 20:6-8 (NIV)

As Timothy Keller moves on in Chapter 6 of Hope in Times of Fear, he presents the second case study of people who met Jesus after He rose from the dead.

Case Study #2: John meets Jesus.  When John and Peter arrived at the empty tomb, unlike Mary, they entered and started to look around.  In addition, John 20:1 uses the most typical Greek word for sight –  blepei– to describe what Mary saw.

However, John uses the Greek word theoreo – to reason, theorize, and ponder – to describe how Peter and John looked at the tomb’s contents.  Furthermore, seeing the grave clothes arranged in an orderly way made no sense to them.  So, slowly but surely, Peter and John eliminated every nonsupernatural explanation for what had happened.  Their thinking fit what Arthur Conan Doyle once said through the mouth of Sherlock Holmes:

“When you have eliminated the impossible, whatever remains, however improbable, must be the truth.”

Therefore, John, the disciple Jesus loved, became the first person to believe that Jesus rose from the dead.  Certainly, John displayed an openness toward the evidence and used rational thought to work it out.  But, he didn’t keep things at the intellectual plane.  Hence, John not only concluded that Jesus had risen – he based his life on it!  John believed without literally seeing the risen body of Christ.

Today’s question: How do you see faith as more than intellectual reasoning and assent?  Please share.