A lily dancing with the wind 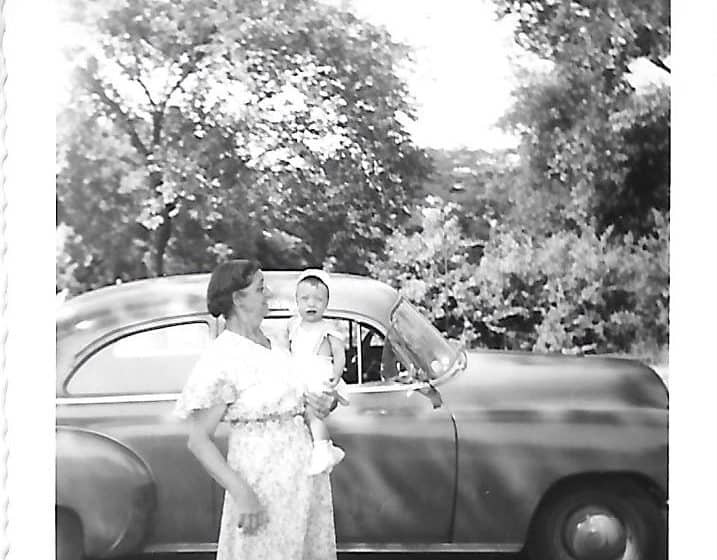 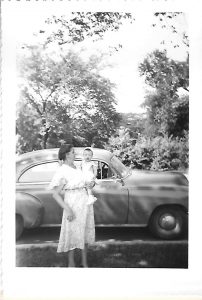 “I have seen the lily dancing with the wind/ Open to the sunshine/ Open to the rain/ Dressed in all her beauty/ Giving what she needs/ If I listen clearly/ I can hear her sing to me.”- Pat Barrett, Sparrows and Lilies

“Consider the lilies, how they grow: they neither toil nor spin, yet I tell you, ‘even Solomon in all his glory was not arrayed like one of these.’ “- Luke 12:27 (ESV)

After completing Catholic elementary school, Charlotte took an apprenticeship with a dressmaker.  There Charlotte learned sewing and tailoring.  An excellent seamstress, Charlotte made all my mother Elinor’s clothes and coats when she was a child.  And, my mom recalls, Charlotte’s talents in that field extended to crocheting and embroidery.

Furthermore, Charlotte displayed mastery in the kitchen, especially in the areas of cooking, baking, and cake decorating.  So, for years she ordered and prepared food for various functions at Zion Lutheran Church.  Beginning in the Depression years, she catered special events such as weddings and funerals.  Most significantly, my mom remembers Charlotte as a person always willing to help when someone needed her.  Later, as a young child, I always looked forward to her visits.

Writing in Traveling Light, which recounts the promise of Psalm 23, Max Lucado invites us to come with him to the most populated, oppressive, and permanent prison in the world.  Most inmates serve a life sentence.  They never escape or get released — from the prison of Want.  But, Max observes, these prisoners don’t want much.  Just one new thing to make them happy.  However, the psalmist David provides the key to true satisfaction — “The LORD is my shepherd, I shall not want” (Psalm 23:1 NKJV).

When Charlotte’s husband Hugo died on 3 December 1937, a small life insurance policy covered burial expenses.  Because a mortgage remained on the house, twins Elinor and Elmer pooled most of their salaries to meet life’s daily demands.  Later, when Elmer married Clara, they moved in with Charlotte so she could keep the house.

Yet, Charlotte knew the true Source of her want.  Although she died when I was just a little over five years old, I knew her as a lily dancing with the wind.  Quite distressed when she died, for years I held on to an inexpensive, but cherished gift.  A plastic, yellow fighter plane with a red star insignia on each wing.

Like the psalmist David, Charlotte found the pasture where discontent goes to die.  Where what you have in God supersedes what you don’t have in life.  Because when you have your faith, character, and salvation, nothing else you lose really matters.  Max tells of the Puritan who sat down to pray over his meal of bread and water.  He declared, All this and Jesus too?

In conclusion, Max encourages us to display equal contentment:

“When we surrender to God the cumbersome sack of discontent, we don’t just give up something, we gain something.  God replaces it with a lightweight, tailor-made, sorrow-resistant attaché of gratitude.