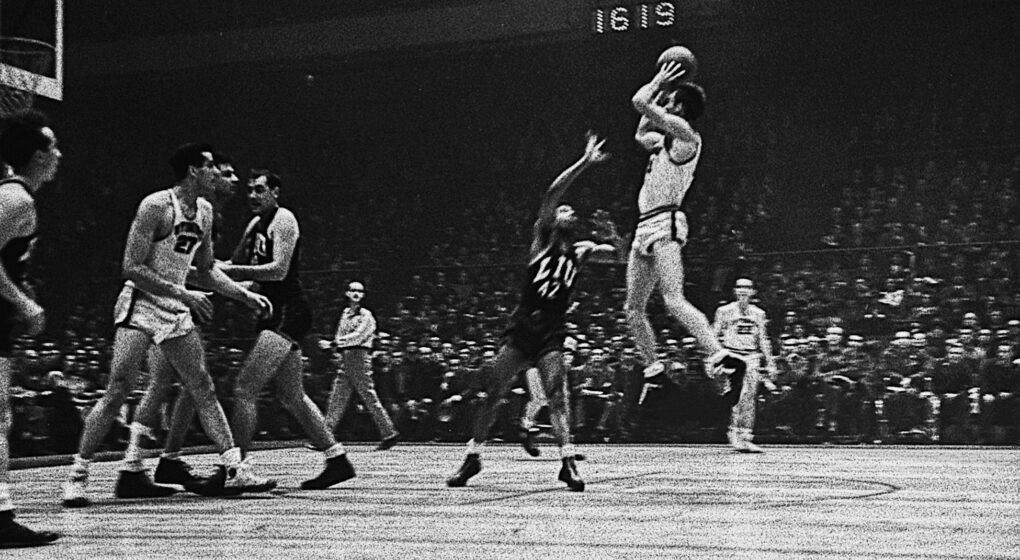 “Do not conform to the pattern of this world, but be transformed by the renewing of your mind.”- Romans 12:2 (NIV)

On Day 7 (“Take the Shot”) of Do It for a Day, Mark Batterson tells the story of Kenny Sailors.  In 1932, two brothers played basketball on their family farm in Wyoming.  Kenny stood five foot seven, while his older brother towered over him at six foot five.  so, Kenny never got a shot off.  Because at that point in time basketball players kept both feet on the ground.

However, Kenny dared to jump in the air, put the ball over his head, and shoot. Hence, the birth of the jump shot!  Above all, in 1943 Kenny led the University of Wyoming Cowboys to the NCAA championship.  In addition, officials named Kenny the tournament MVP.

Also, in 1946 Life Magazine published a photo of Sailors elevating himself above his defender, shooting his patented jump shot.  Therefore, athletes learned to play a different way.

Most significantly, Pastor Batterson describes the Sermon on the Mount as a coup d’etat against conformity.  Because to make or break a habit, you must go against the grain.  Consequently, after you identify the prompt, you then interrupt the pattern.  And that act takes moral courage and a great deal of patience.

Thus, you either conform or transform.  And it’s hard for us to transform when our tendency is to conform!

Today’s question: What Bible verses help you to write history rather than repeat history?  Please share.