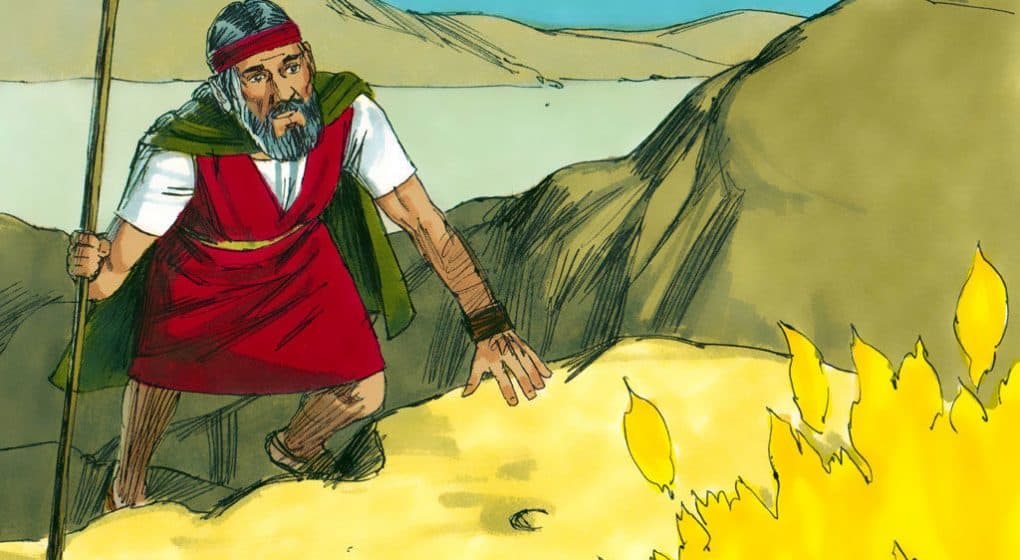 “Routine is a subtle enemy.  We fall into a mental rut. . . .  And in that mind-numbing routine, we miss God’s call.  In those times, He often jolts us out of our mental fog and arrests our attention.  Only then do we wake up and listen.”- Charles Swindoll

“When the LORD saw Moses coming to take a closer look, God called to him from the middle of the bush, ‘Moses!  Moses!’ ‘Here I am!’ Moses replied.”- Exodus 3:4 (NLT)

Charles Swindoll continues Chapter 1 of What If . . . God Has Other Plans? as he notes that, in the desert, the intense heat of the sun frequently causes bushes to burst into flame.  Therefore, it’s quite likely that Moses witnessed this startling phenomenon many times.  However, while this bush kept burning, the fire failed to consume it.

Consequently, once God gained Moses’ attention, He spoke.  And like Moses, at times God wants to stab our curiosity.  Thus, He shocks us out of our routine.

Above all, Pastor Swindoll observes, Moses answered to his name – even though he had no idea who called out to him.  However, the English translation of Moses’ response, Charles contends, slights a nuance present in the original Hebrew.  Moses used the word himeni.  That’s an  idiom meaning, “That’s me!”

“It all happens one day . . . when you’re least expecting it.  When you’re feeling least prepared and completely ill-equipped to handle it.  It’s then that He calls your name.  Never forget that!”

Today’s question: What most helps you escape the subtle enemy of mind-numbing routine?  Please share.

Tomorrow’s blog: “A calculated resistance to God’s clearly stated will”