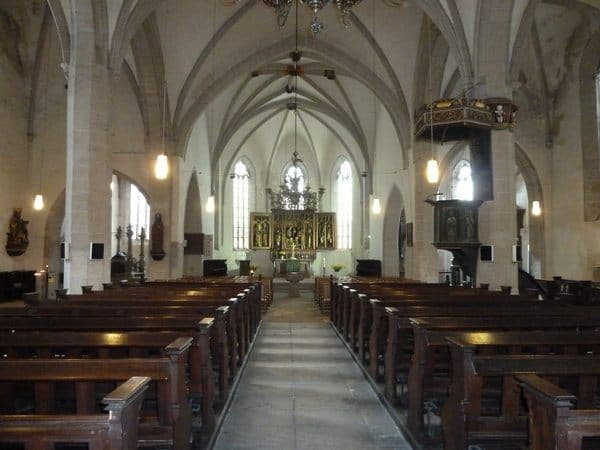 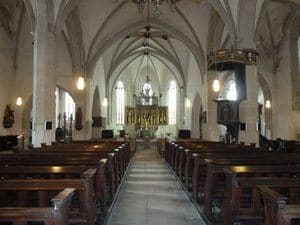 “But to the world it is very foolish and offensive that God should be opposed to the wise and condemn them, when, after all, we have the idea that God could not reign if he did not have wise and understanding people to help him. . . .  Everything that God does they must improve, so there is no poorer, more insignificant and despised disciple on earth than God; he must be everybody’s pupil, everybody wants to be his teacher and preceptor.”-  Martin Luther, excerpt from his last sermon

At that time Jesus said, “I praise you Father, Lord of heaven and earth, because you have hidden these things from the wise and learned, and revealed them to little children.”- Matthew 11:25 (NIV), first verse of Luther’s sermon text

On 25 January 1546, Martin Luther, with his sons leading the way, set out for his birth town of Eisleben.  Luther headed there to mediate a dispute between the counts of Mansfield.  Two days after leaving Wittenberg, flooding in the river Saale forced Luther’s path to pause.  But when the waters receded, Luther’s sons went home and he proceeded to Eisleben with his colleague, Justin Jonas.

However, just before arriving in Eisleben, Luther suddenly felt overcome with weakness.  Yet, he brought the difficult negotiations to a successful resolution.  And, in customary fashion, Luther concluded his business with preaching.  Without warning, though, weakness took hold of Luther.  So, after offering his apology, he quickly ended his sermon.  Then, on 18 February 1546 at around three in the morning, Luther died.

In Whisper: How to Hear the Voice of God (2017), Mark Batterson notes that Jesus repeats six words six times in the Gospels and eight times in the book of Revelation: Whoever has ears, let them hear.  Most significantly, when Jesus declared those words, the Jewish ear heard hints of Psalm 40:6- “My ears you have opened.”

Moreover, the Hebrew word for opened contains archeological nuances.  In the psalm, it means to excavate or dig through dense material.   And, Mark believes, we do that when we listen with our inner ears.  Therefore, Mark asks:

The Latin word obedire (obey) means ‘to give ear’.  Consequently, as truly wise and understanding people  empowered by the Holy Spirit, to obey involves tuning into God’s frequency and turning up the volume.  Embrace His whispers, even when all around you scream something different.  For eventually the loudest voice in your life molds you in its image.  Because you listen to that voice the most.  So, ultimately genuine listening requires an act of submission.

Finally, Mark states that one of the mysterious capabilities of the human ear enables us to tune out certain sounds while tuning in others.  Thus, it’s possible to actually hear things twice.  Hence, Mark believes that Jesus’ exhortation to hear means to listen not once, but twice.  For we discern the promptings of the Holy Spirit in that gap between the first and second hearing.  Above all, your whispering spot helps you clearly hear the voice of God.  Your whispering spot consists of the place:

Johann Sebastian Bach composed the cantata God der Herr ist Sonn und Schild in Leipzig in 1725.  Serving in his third year as Thomaskantor, Bach led the first performance on 31 October 1725.  Rejoice as you listen to these words from the mezzo-soprano aria:

“God is our sun and shield!/ Therefore his goodness/ shall be praised by our grateful heart,/ which he protects like his little flock”